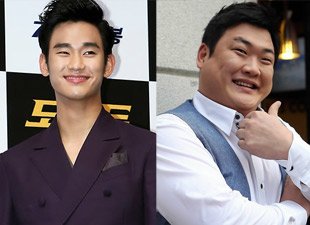 Actor Kim Soo-hyun and comedian Kim Jun-hyun were both honored this year for the 39th Korea Broadcasting Awards.

The chairman of the Korea Broadcasters Association, Kim In-kyu, announced that after the round of preliminary decisions and deliberation on July 10-20th, KBS's Hong Sa-hoon was chosen to receive the news Writer Award, and EBS's Kim Hyung-jun for the Producer Award.

This was in addition to 24 other recipients in 24 other categories.

From this pool of people will come the winner of the ultimate Daesang Award, which will be announced on September 3rd at the Awards Ceremony at KBS Hall.