Korea Cracks Down on Bitcoin Trading 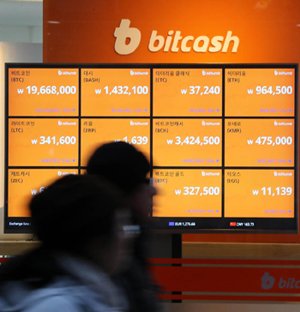 The government, in a bid to cool bitcoin speculation on Thursday, announced that all cryptocurrency transactions must be done using real-name bank accounts.

Financial records of cryptocurrency trading will also be used to levy taxes, and exchanges can be closed "if there is a need to do so", according to Minister of the Office for Government Policy Coordination Hong Nam-ki.

Until now, cryptocurrency transactions could be made through anonymous accounts managed by Internet trading exchanges.

The government is also considering levying transfer and exchange taxes on cryptocurrency trading.

"We will continue to monitor speculative trading in cryptocurrencies and look for responses considering all options including calls to shut down exchanges", Hong added.