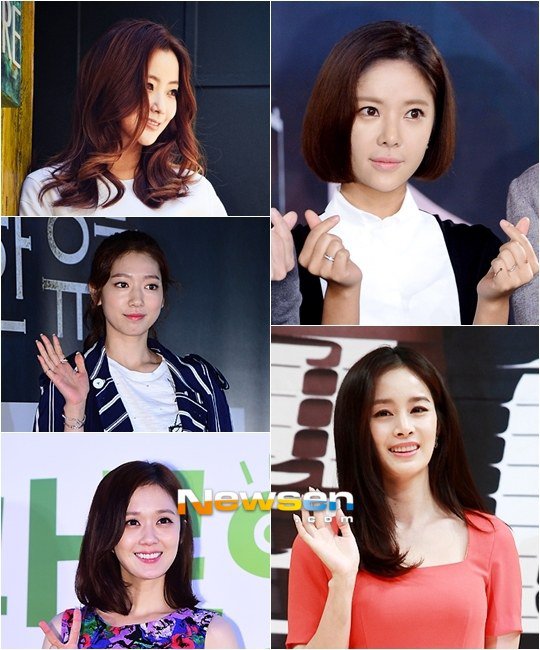 Who will take home the grand prize from the 2015 Korea Drama Awards that's being held on the 9th at Jinju?

This year's awards has got many foreign interests and therefore dramas and actresses and actors of high quality were nominated for the prizes. Even web-dramas were nominated.

All Korean dramas is a part of this event. Kim Soo-hyun who took home the award last year became a nominee again this year for the KBS 2TV drama "Producers". Other nominees are Cha Seung-won, Yoo Dong-geun, Ji Sung and Joo Won.

Meanwhile, the 2015 KDA will open at 6PM with Oh Sang-jin and Yoona as hosts with performances by U-Kiss. The event will be brought live on Naver. 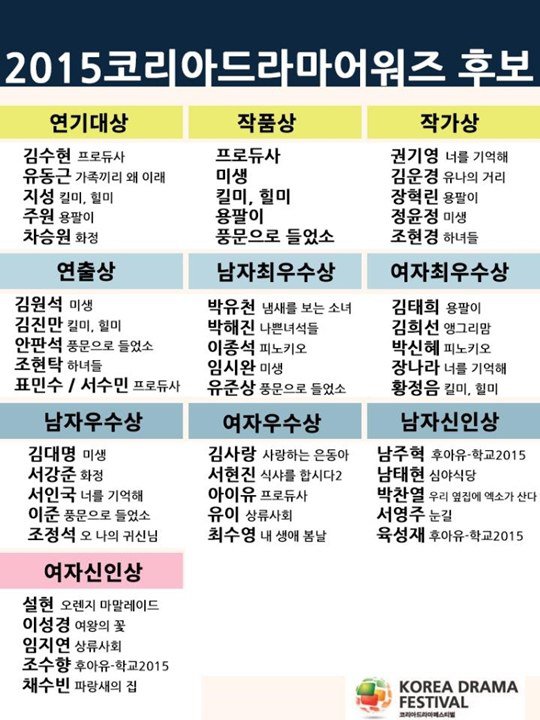 "Korea Drama Awards: Kim Tae-hee VS Hwang Jung-eum VS Park Shin-hye"
by HanCinema is licensed under a Creative Commons Attribution-Share Alike 3.0 Unported License.
Based on a work from this source