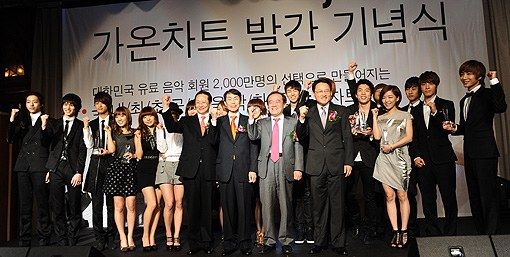 The chart will take into account over 97 percent of data accumulated from some 20 million subscribers of Korea's paid music services.

Based on the collected data, GAON will release weekly music rankings in the following categories; integrated digital chart, online chart, mobile chart and album chart. Music sales data prior to 2010 will be provided on a monthly basis.

Over 200 music industry officials and K-pop artists gathered at the launching ceremony for GAON, held Tuesday morning at Seoul's The Westin Chosun hotel, to celebrate the birth of the music chart.

"We have been making efforts to protect music creators", said Yu In-chon, Korea's Minister of Culture, Sports and Tourism, at the event.

"With the rapid growth of the music industry, we have realized the need for a publicly validated music chart. We hope that GAON will serve as a bridge connecting countries, reflect the interests of pop music and ultimately improve the music industry".

The event also featured a small awarding ceremony; female pop group Girls' Generation was selected as the top artist of January while boy band Super Junior took the prize for best album in 2009.

"We are glad to receive a huge award at this fair and prestigious ceremony", idol group Super Junior said. "We would like to share this joy with fans".

In her acceptance speech, Girls' Generation member Taeyeon asked fans to participate in the campaign to eradicate illegal music downloads.

Hit single "We Fell In Love", performed by Jo Kwon of 2AM and Son Ga-in of Brown Eyed Girls, took the title of best weekly mobile ringtone.

Further details are available on GAON's official website at http://www.gaonchart.co.kr. 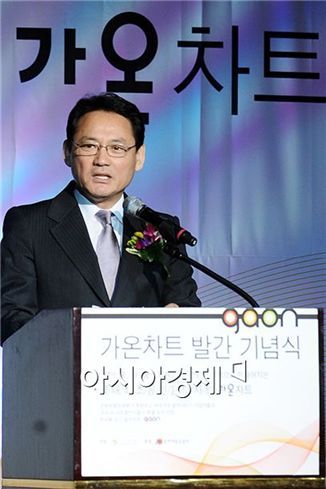 "Korea launches integrated K-pop music chart "GAON""
by HanCinema is licensed under a Creative Commons Attribution-Share Alike 3.0 Unported License.
Based on a work from this source