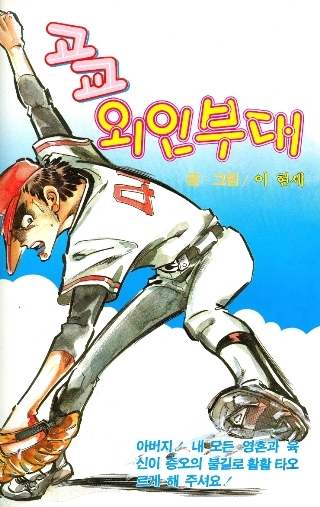 Renowned Korean comic artist Lee Hyeon-se's 1980s graphic novel of coming of age for a group of boys .. "The High School Baseball Team", was selected as the most popular manhwa,.. or Korean comic.

The top three works have each been adapted into a hit film or TV drama, or both. Illustrator Kang Full's digital online comic series "I love you", was in fourth place, and also has been made into a movie. The list of the most popular comics was compiled by the Korea Manhwa Contents Agency.

One-hundred representatives of the Korean comic industry, including illustrators, publishers, and critics, selected the top 100 manhwa, and then, the agency asked one-thousand people aged from 15 to 49, both men and women, to select their top preferences out of the list. The results were released on Monday.

Among the 100 most popular comics, male respondents chose "The High School Baseball Team", as their favorite comic, and women chose "Princess Hours" for its romantic and sentimental plots.

And Korea's legendary comic artist Huh Young-man became was the illustrator with the most works on the list..with a total of five.
The agency says, by releasing the list, it aims to rekindle public interest in Korean manhwa, and to boost the comics industry, which has an estimated value over 1.three trillion won,.. or about one billion US dollars.