Korea to Get Hydrogen-Powered Buses 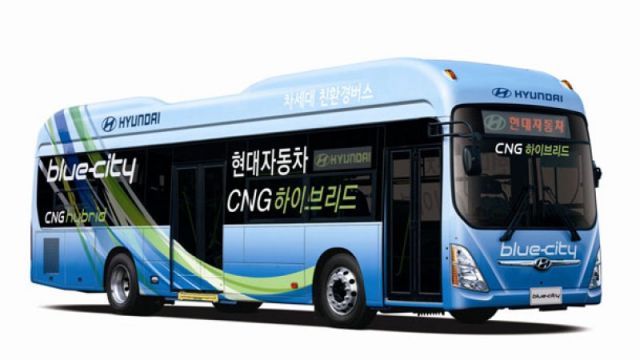 The government will replace some 26,000 compressed natural gas buses nationwide with hydrogen-electric vehicles in cooperation with Hyundai to promote the technology.

Finance Minister Yoo Il-ho announced the plan at a seminar on green cars in the southwestern city of Gwangju on Wednesday.

He said the government will allow existing filling and gas stations to set up hydrogen fuel pumps and encourage companies to develop major parts for hydrogen vehicles such as measurement sensors and hydrogen storage tanks.

The plans follow auto industry requests for deregulations of the hydrogen energy industry.

Some 26,000 CNG buses were registered as of the end of January. The government and Hyundai want to replace 2,000 of them with hydrogen-electric vehicles per year and set up hydrogen fuel pumps at some 200 CNG filling stations nationwide.

"The distribution of hydrogen electric buses will contribute to the growth of other related industries too as they need more than twice as many parts as other hydrogen electric cars like sedans and SUVs", Hyundai Motor president Chung Jin-haeng said.

"Korea to Get Hydrogen-Powered Buses"
by HanCinema is licensed under a Creative Commons Attribution-Share Alike 3.0 Unported License.
Based on a work from this source