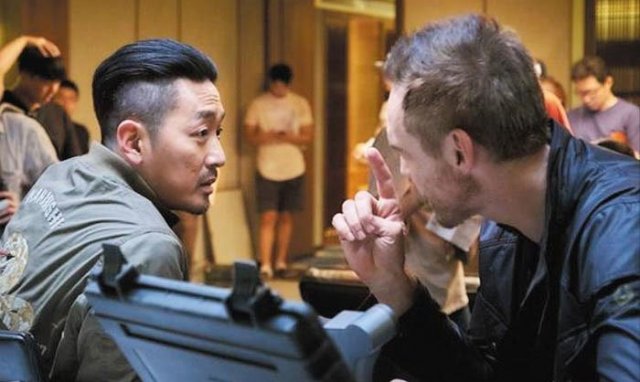 In his latest film "Take Point", Ha Jung-woo's lines are mostly in English as he heads a group of mercenaries. Ha admits that playing the part was "quite a challenge".

"It drove me nuts whenever my language coach pointed out an incorrect pronunciation when I said a line while trying to immerse myself into my character", he said.

But as Korean films ride a wave of K-pop enthusiasm overseas, it has to be done. Ha took one-on-one English language lessons for six months before filming began.

He and his teacher, Christine Kim, would go for walks during lessons to make speaking English become more natural. "I made him memorize the words, accent and gestures of his favorite basketball player Kobe Bryant and Tom Cruise after watching YouTube", Kim said. "We never sat down when we met for lessons and I trained him to speak in English while walking or moving. A natural sense of language comes with gestures or movements".

In the movie "Default", which is about the 1997 Asian financial crisis, French actor Vincent Cassel and his co-star Kim Hye-soo speak to each other in English. And in "Drug King", which opened last month, Bae Doona also speaks English. She has employed a dialect coach since the early 2000s as she has appeared in a couple of Hollywood films.

Lee Byung-hun, who played a U.S. Marine in the TV drama, "Mr. Sunshine", took English conversation classes at a crammer in Gangnam. Park  Jung-geun, the personal tutor for Lee as well as Yoo Ji-tae and Han Hyo-joo, said, "Learning English while sitting down and focusing primarily on grammar is no help at all when acting in a scene. The secret is using hands and learning other gestures".

"Korean Actors Brush up on English-Language Skills"
by HanCinema is licensed under a Creative Commons Attribution-Share Alike 3.0 Unported License.
Based on a work from this source