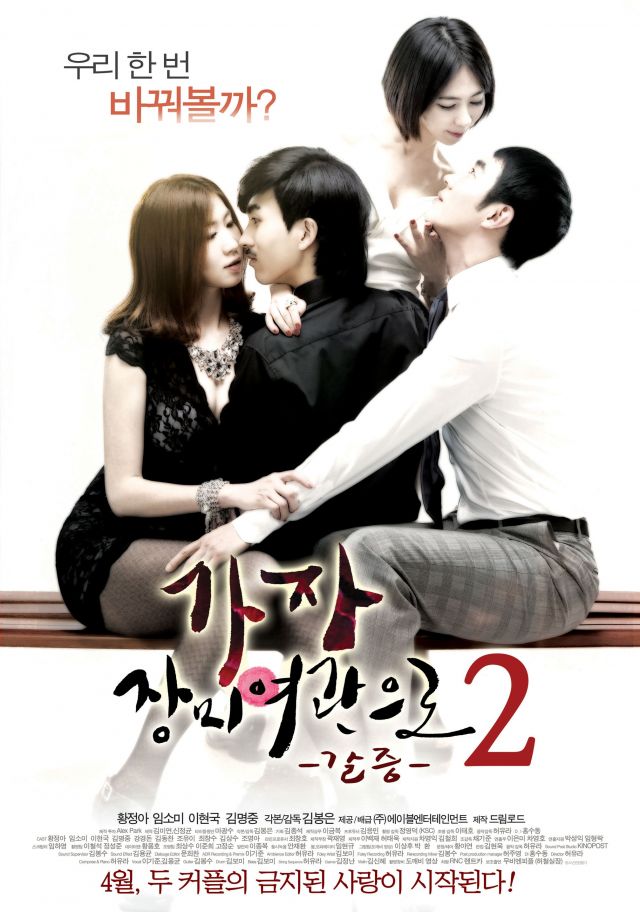 Campus couple Sang-yeol (Kim Myeong-joong) and Mina (Im So-mi) are a married couple who maintain their living as a magazine reporter and pretty famous writer. Sang-yeol, who is always at home writing, has been in an affair with his neighbor and collegemate Da-yeong (Hwang Jeong-ah) for quite a while. Then one day, Mina runs into Da-yeong and exchanges phone numbers. Mina starts to suspect the frequent phone calls to her husband from an unknown number. She finds out Da-yeong is the one he's been cheating on her with but she isn't upset. Da-yeong's husband Hyeon-woo (Lee Hyeon-gook) had once dated. One day MIna meets Hyeon-woo coincidentally through work and seduces him. He falls for her and the complicated relationship begins...