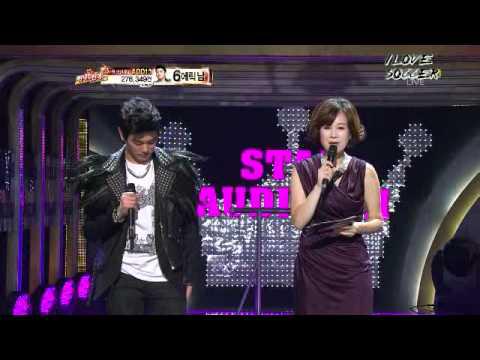 NEW YORK -- Maybe it's the way Eric Nam rocked the stage on MBC's "Star Audition: The Great Birth", or how John Park from Mnet's "Superstar K" debuted with a bang, but Korean-American teens are starting to see their mother country under a whole new light.

To many second-generation adolescents, Korea used to be a far-away land laden with uptight rules and tradition.

"Simply put, boring", says Kim Ji-hye, advisor at a Korean culture center in New York, "but in the matter of a year or two, their perception did a complete 180. Now, it's a place they want to experience and even fulfill their dreams in". Youth experts say the recent string of auditions is the biggest factor that's making Korean-American kids rethink Korea.

"Korean dramas and show programs have always been popular, but there was no dramatic impact . at least not like this one", says Robert Yoon, a counselor at a youth camp in New Jersey.

"These auditions are different.

They're seeing their friends and friends of friends on TV. They're watching their peers achieve their dreams", he said, adding that the latest "Korea boom" is triggering a rush for second-generation kids to experience Korea for themselves.

A handful of teen tours designed to help Korean- Americans get first-hand experience of the country is completely booked, a situation even organizers aren't used to seeing.

"We had 50 openings, but more than 200 applicants came", said an official at the National Unification Advisory Council, New York Chapter.

In the past, parents had to bribe their children to visit Korea, but now, the children submit their applications themselves, he explained.

Other organizations, including the Overseas Koreans Foundation and Korean- American Youth Assistance Coalition, are similarly seeing unusually high volumes of application for this summer's upcoming tours.

"We're trying to open up more vacancies so that these kids can get a chance to visit Korea before they go off to college", said Moon So-ra, an official at a Korean-American Youth Exchange.

A majority of applicants are typically middle and high school students, who want to experience their native country before entering college, officials say.

Programs have been geared toward traditional and historical sites, but some organizers are considering adding more time in downtown Seoul.

"Educating history and tradition is our priority, but we're not going to disappoint these curious teens by leaving out what they really want to see", says Moon. "What they see on TV is also a big part of Korea, so it's our job to serve them a well-balanced experience".

"Korean-American kids grow curious about Korea"
by HanCinema is licensed under a Creative Commons Attribution-Share Alike 3.0 Unported License.
Based on a work from this source