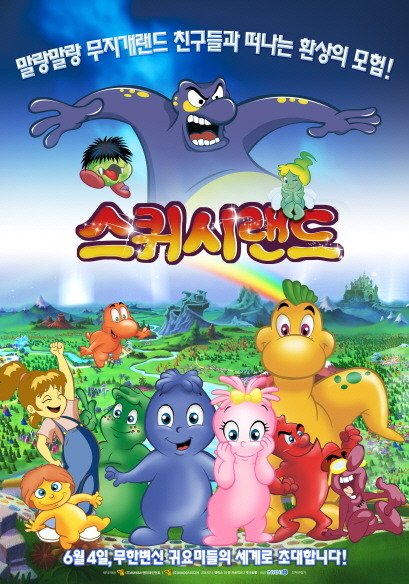 A Korea-USA co-production
Synopsis
The adventure of The Squishees
Let's leave for Squisheeland, the land of hope and dreams!

Whoopi, a cute character who transforms into anything, and Elizabeth, an adventurous character who becomes best friends with Whoopi, both head for a surrounded by rainbows called Squisheeland. However, evil characters who threaten the peace suddenly appear in Squisheeland and Elizabeth must find the magic ring from them to return home...

Will Elizabeth be able to find the ring and go back home?