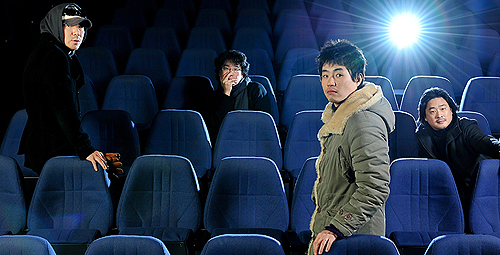 The Korean Film Council (KOFIC) has launched the November issue of the "Korean Cinema Today" webzine at http://koreanfilm.or.kr/webzine/ and it set to launch the iPad version on Nov. 28.

This is followed by interviews with four of the Korean specialists who have pioneered into working on Chinese films and are still going strong - Lee Seung-hoon-I, CEO of post-production company Digital Idea; YANG Kil-young, Director of Martial Arts at Mooto Action Studio; PARK Yong-jung, CEO of VFX company Kinomotive Studio, and Jung Do-an, CEO of special effects company Demolition.

In addition to news, box office analysis and profiles of new films, the November webzine also features an exclusive interview with KOFIC Chairman Kim Eui-suk on his views and plans for promoting Korean cinema internationally.

Korean Cinema Today's November webzine also features a guest column from Beijing-based journalist Clifford COONAN who writes for international publications such as Variety, The Irish Times and The Independent. Coonan looks at the realities of the Korean Wave in China and the challenges it faces with issues such as distribution and censorship.

The Korean Cinema Today application for the iPad can be found under "KoBiz" and downloaded for free.

"Korean Cinema Today's November issue"
by HanCinema is licensed under a Creative Commons Attribution-Share Alike 3.0 Unported License.
Based on a work from this source