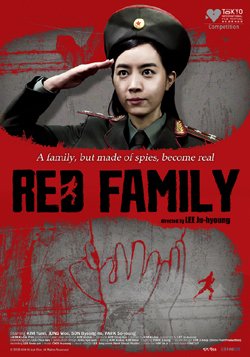 The film festival will run from Oct. 17 to Oct. 25 and feature over 120 films in various sections. The main competition section will screen 16 films by young directors that have established a unique genre or presented a new vision.

Produced and written by Kim Ki-duk, one of Korea's most famous and controversial directors, "Red Family" portrays a group of North Korean agents who disguise themselves as a South Korean family in order to infiltrate the country and carry out some covert missions.