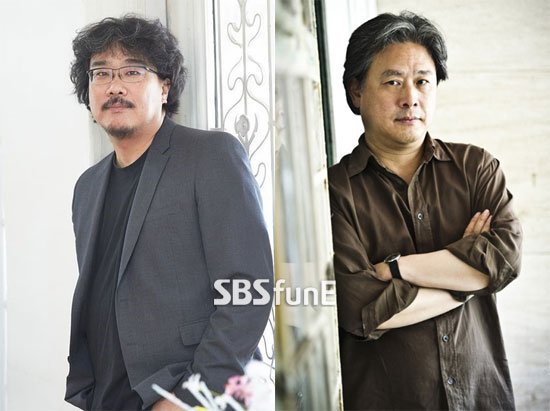 Two of Korea's biggest masters in cinema are headed West.

Director Bong Joon-ho, who is known for movies "Memories of Murder" and "The Host", is working on making his movie "Snowpiercer" into a TV drama. American cable channel TNT is adapting "Snowpiercer" with Bong Joon-ho as its producer. However, he will be less involved as he's currently preoccupied with the release of his movie "Parasite".

Tomorrow Studios, Turner's Studio T, and Korea's CJ Entertainment are working together while director Scott Derekson from "Doctor Strange" is in charge.

Park Chan-wook is going to London as the man in charge of BBC's "The Little Drummer Girl". This is his first drama since his debut.

"The Little Drummer Girl" is based on an original novel by Jean Le Carre and it depicts the love between a rich and beautiful American actress and a Palestine terrorist.

"The Little Drummer Girl" was made into a movie in 1984 and in Korea, it was introduced as "Terrorist".

The main character of the drama is rookie actress Florence Few and Swedish actor Alexander Skasgad.

Both "Snowpiercer" and "The Little Drummer Girl" will be released this year.

"Korean Directors Bong Joon-ho and Park Chan-wook Work Abroad"
by HanCinema is licensed under a Creative Commons Attribution-Share Alike 3.0 Unported License.
Based on a work from this source