Korean drama of the week "My Fair Lady" 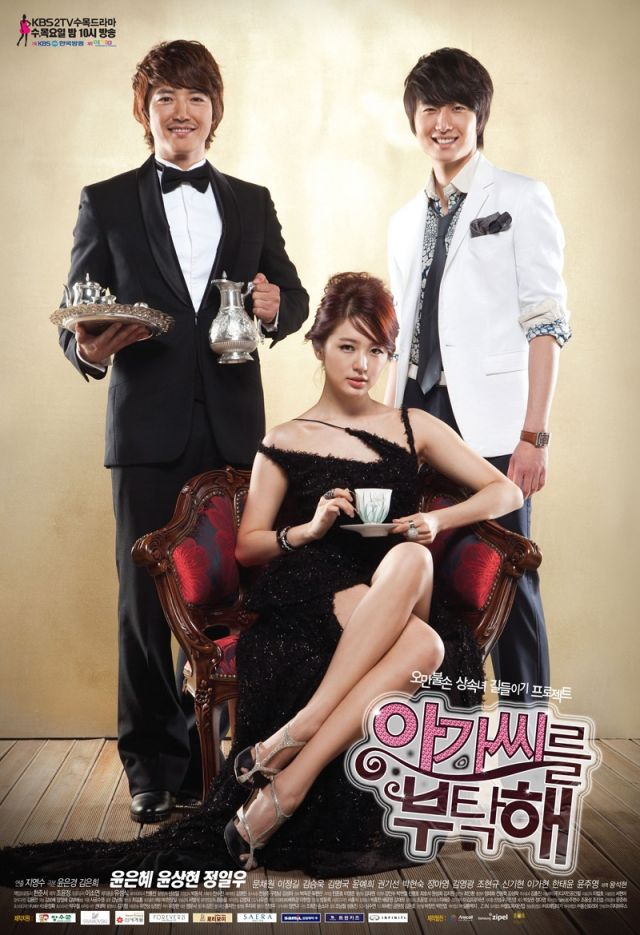 16 episodes - Wed, Thu 21:55
Previously known as "Lady Castle"
Synopsis
Hye-na Kang, the only successor of Kang-san Group, is the owner of the 'Lady Castle' and lives a 'princess-like' life with her servants. Hye-na's parents died from a plane accident and her grandfather brought her up. Hye-na is strong-headed, selfish and world revolves around her; it is because she could not experience the warmth of family when she grew up.
One day, she comes across Dong-chan. He makes Hye-na to do community service, kidnaps her, and now appears in front of her as the new household manager! Hye-na makes every effort to throw him out from the castle, but this guy has tenacity in him!

Kang Hye-na (Yoon Eun-hye)
Kang Hye-na owns the 'Lady Castle' and lives a 'princess-like' life with her servants. Losing her parents in a plane crash at a young age, she had a lonely upbringing, living under the care of her stringent grandfather. So, she neither knows nor feels the emotional warmth from others. For this reason, she is overtly indifferent and oblivious to others' feelings and situations and totally self-centered. Whenever she opens her mouth, she spills out blunt remarks to no matter who the person is. She has skills leveling any national representative when it comes to horse riding, fencing, and clay shooting. The only reason she holds these skills is to either humiliate men unworthy of her, or to add awkwardness to conversations.
Until one day, out of pure coincidence, she comes across Seo Dong-chan who is turned out to make her life upside down. She doesn't have a good feeling about this man, Seo Dong-chan. She feels uneasy over the fact that she may have finally met her match.

Seo Dong-chan (Yoon Sang-hyun)
A former gigolo, Seo Dong-chan gave up entering university and his first love and took the road of the gigolo in order to make money for operations of his mother with acute leukemia. Dong-chan became the best of the best in the gigolo's world with good looking, eloquent speech, excellent art of living, and great skills of adapting to circumstances. But he dropped the career as soon as his mother passed away. For now, all he got is only five thousand debt resulted from charges for his mother's operations.
One day, a woman shows up and stimulated his competitive spirit. Named Kang Hye-na, one of the most arrogant and impudent daughters in the wealthy upper class families in Korea's high society.
Dong-chan makes up his mind to enter the Castle and becomes her butler on the purpose of changing his whole life.

Lee Tae-yoon (Jung Il-woo)
Tae-yoon is a human rights lawyer. He rejects the advantages he can take from wealthy life of second generation of Chaebol. He is devoting his life to legal service for the poor in a shabby lawyer's office. At first, he has no such romantic feeling on Hye-na. However, Tae-yoon is slowly getting into her as he knows that she also has her own scar and sorrow in her mind that nobody knows.

Yeo Eui-ju (Moon Chae-won)
She has grown up like siblings with Dong-chan. She is a kind of mentor who helps Dong-chan do right things as well as the closest person who worries about him and supports him to get his life on track. Behind of Eui-ju's special interest in him, her unrequited love is hidden.