Korean drama of the week "To The Beautiful You" 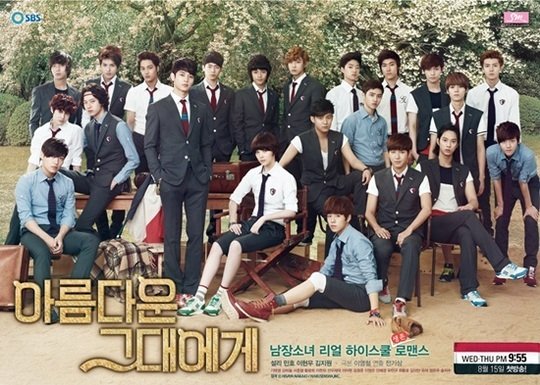 16 episodes - Wed, Thu 21:55
Synopsis
This perennially favorite series finds itself in its third incarnation with an all-star cast of South Korean pop stars. Sulli stars as Goo Jae-hee, a love struck high schooler who's hell bent on transferring to an all-male prep school. Disguised as a boy, Jae-hee infiltrates the campus and finds herself thwarted by loveable goofballs and heartthrobs, but she never loses aim of her mission to rehabilitate the elusive Kang Tae-joon (Choi Minho), a promising young athlete who abruptly and mysteriously retreated from his beloved sport. Will Jae-hee heal Tae-joon's wounds without blowing her cover?