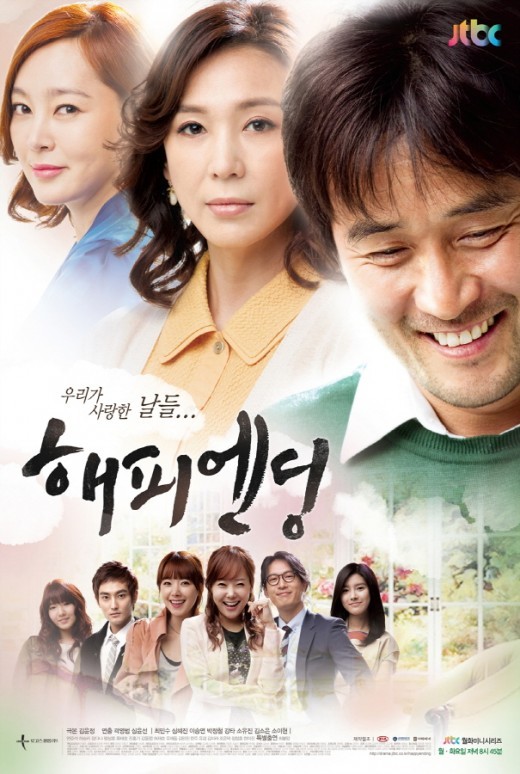 Mon, Tue 20:45
Synopsis
"Happy Ending" is about a strongly characterized, secretive and broken family finally getting together at last to communicate and harmonize with the death of the father Ki Doo-soo, played by Choi Min-soo.
Kim Doo-soo is a never-giving up, adventurous and optimistic local newspaper reporter who has guts. At home, he is a patriarchal and dictorial father. Not having been able to connect with his family, Kim Doo-soo brings his broken up family back together again with his dead near.