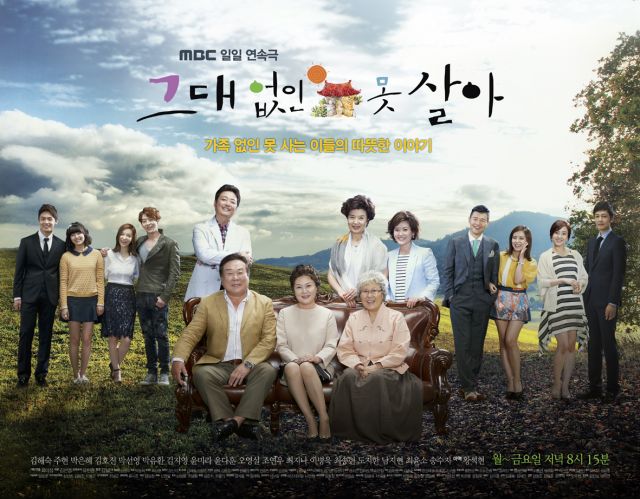 Mon~Fri 20:15
Synopsis
The story of a woman's children who have to take care of their Alzheimer-sick mother but can't due to conditions.

16 episodes - Mon, Tue 23:00
Synopsis
"I Love Italy" is a romantic comedy about middle school student aged 14 who suddenly becomes a grown up and becomes an assistant to a plutocrat heiress Lee Tae-ri. There's a pun in the title as Lee Tae-ri (이태리) can be romanized as "Italy".