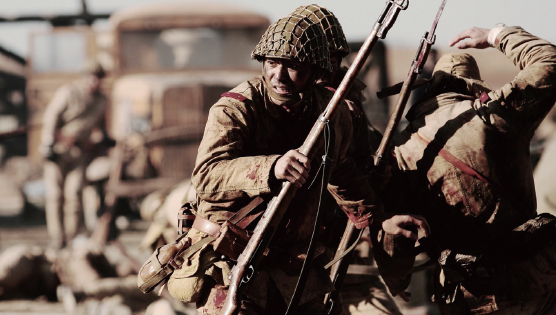 "The Front Line" is Korea's entry to the Academy Awards
JANG Hoon's war drama "The Front Line" has been selected as Korea's submission for Best Foreign Film category at the 84th Academy Awards. Starring Shin Ha-kyun and Go Soo, the human drama set at the end of the Korean War depicts the complicated relationships between North and South Korean soldiers engaged in fierce battles over a small patch of strategically placed mountain terrain. Jang is a former assistant director to Kim Ki-duk, and previously directed critical and commercial hits "Rough Cut" and "Secret Reunion".

"KOREAN FILM INDUSTRY"
by HanCinema is licensed under a Creative Commons Attribution-Share Alike 3.0 Unported License.
Based on a work from this source