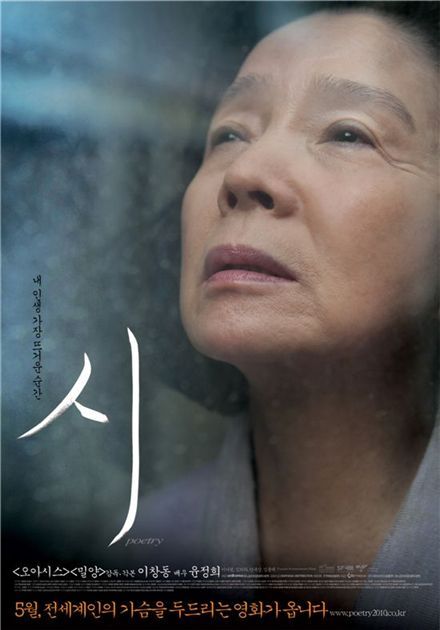 Korean dramatic film "Poetry" is set to be released in France on August 25, according to the film's production company Uni-korea on Friday.

Uni-Korea announced through a press release that "Poetry", helmed by renowned director Lee Chang-dong, will be distributed by French distribution company Diaphana, which had also released Lee's previous work "Secret Sunshine" in the country.

Lee had also attracted investment worth 350,000 dollars for his film from Diaphana ten months ahead of going into shoot with a single film treatment he had sent to the company, Uni-Korea stated.

"We had a great amount of confidence in the picture because of our trust in director Lee and the powerful storyline", Diaphana's President Michel Saint-Jean was quoted as saying while explaining the reason to why he made the investment.

The movie, starring veteran actress Yoon Jung-hee, is about an elderly woman who takes poetry classes and writes her own poems while battling Alzheimer's disease.

"Poetry" has been chosen to compete at this year's prestigious Cannes Film Festival where another Korean film, "The Housemaid - 2010" by Korean directory Im Sang-soo, is also up for competition.

"Poetry" will open in local theaters on May 13.