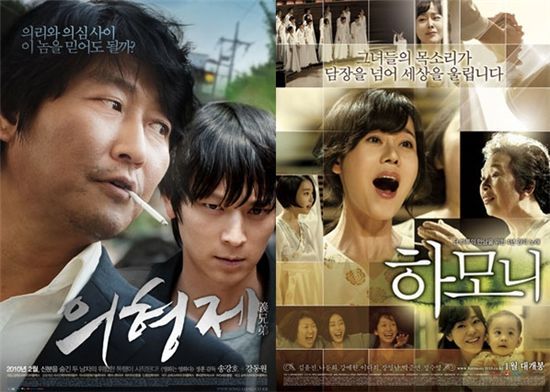 Korean films kept a strong presence on the domestic box office during the first quarter of this year despite the explosive success of "Avatar", according to data by the Korean Film Council (KOFIC).

The KOFIC's quarterly report on the local film industry, released Tuesday, reported that Korean movies accounted for 44.3 percent of market share on the local box office from January to March 2010.

The James Cameron pic clocked in over 13.3 million admissions, becoming the most-watched film in Korean box office history as well as the highest-grossing film all-time worldwide.

In January, Korean films' presence stood at 39.1 percent on the local box office while soaring to 57.2 percent the next month. The monthly figure took a slight dip in March, however, recording a figure in the mid-30 percent range due to the lack of hit domestic productions.

"Korean films dominate local box office during Q1"
by HanCinema is licensed under a Creative Commons Attribution-Share Alike 3.0 Unported License.
Based on a work from this source