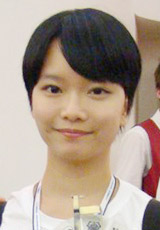 A Korean high school senior has won a prize at the 2011 Ottawa International Animation Festival. Kim Bo-won of Korea Animation High School in Hanam, Gyeonggi Province was given the 2011 Adobe Prize for Best High School Animation for her work titled "I'm Sorry", beating about 2,000 entries from around the world.

The event is one of the four largest animation festivals alongside Hiroshima, Zagreb, and Ansi. Korean high school students also won a second prize in 2006 and the grand prize in 2009.

"I'm Sorry" is an 8-minute-38-second film depicting a doctor who treats patients, to show how society is moved by contradictory relationships whereby some people need other people's pain.

The organizers praised her professional storytelling and filmmaking as well as her sense of humor.

"Korean High-Schooler Wins Int'l Animation Award"
by HanCinema is licensed under a Creative Commons Attribution-Share Alike 3.0 Unported License.
Based on a work from this source