Korean movie of the week "A Puppet" 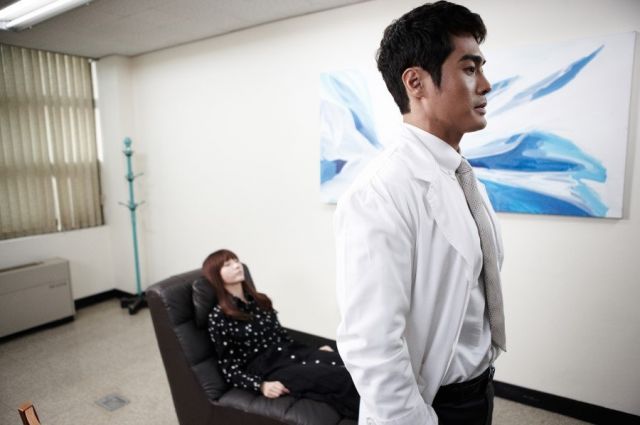 Synopsis
Psychiatrist Ji-hoon (Lee Jong-soo) doesn't believe in love.
One day his friend's girlfriend Hyeon-jin (Koo Ji-sung) comes to him with phantasm.
Ji-hoon attempts at hypnotism with her but runs into something inside her and learns about her terrible past.
Hyeon-jin is getting more and more free of the past as he treats her but Ji-hoon falls for her even more.
In the end, he hypnotizes her to come and see him every Sunday at 3PM no matter what and she does so as if hypnotized...

"...While the surface of "A Puppet" is highly sexually charged, there's a surprisingly effective parable in here. It's well worth the time of anyone who's interested in a more serious analysis of trauma and lust than what goes into the typical sexual passion flick". Read more of William's "A Puppet"review on HanCinema