Korean Movie of the Week "Alive" 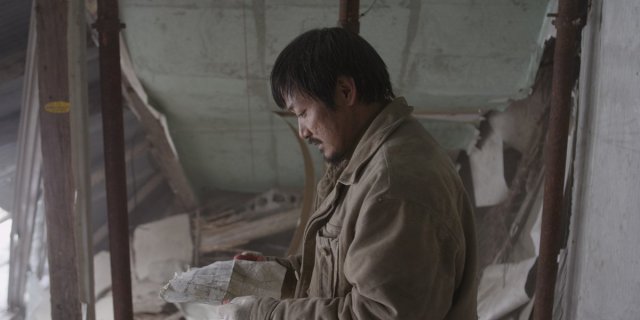 Synopsis
Jungchul lives in the mountain village with his sister and the sister's daughter. He is frustrated as his mentally challenged sister sometimes wanders around the street or severely hurts herself, and a trusted colleague stole all of his hard-earned money by working at construction sites. Trying to earn some money to get by the cold winter, Jungchul finds a job at the soybean paste factory where his sister works, and the owner is satisfied with his work. Jungchul tells the owner that younger workers will speed up the process and tries to bring his colleagues to work there. The village elders who worked there are suddenly laid off and Jungchul becomes their enemy. In "The Journals of Musan" (2010), director Park Jung-bum depicted a youth facing survival difficulties, and in "Alive", he, again, has the main character in a desperate situation. Characters in Aliveare at dramatic crossroads. Their breakdowns are as shocking as that in "The Journals of Musan". (NAM Dong-chul)