Korean movie of the week "Haunters" 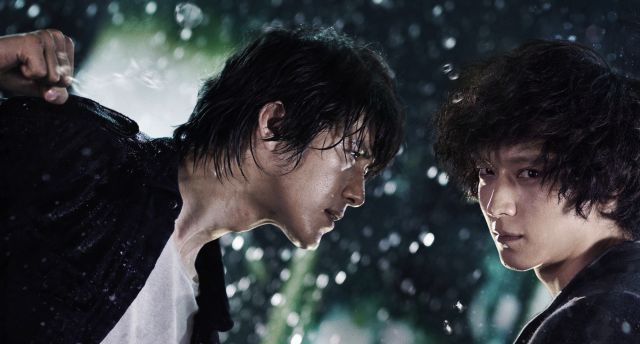 Synopsis
Also known as "Psychic", "Hunters", "Choin"
"Haunters", directed by Kim Min-suk-IV - cowriter of "The Good, the Bad, the Weird" (2008) - depicts the struggle between a psychic named Cho-in (Gang Dong-won) who can control people with his mind and a man named Kyu-nam (Go Soo) who is immune to the psychic's supernatural power.

Kyu-nam works at a run-down pawnshop. When Cho-in walks into the shop one day and tries to use his powers to rob the store, he soon discovers that his special talent doesn't work on Kyu-nam.

Upset by the fact that there is a person whom he cannot control, Cho-in chases Kyu-nam, accidentally killing someone in the process. This begins a confrontation that will push both men to the brink.

With this film, Kang, who is usually cast as in pretty boy roles, plays a villain for the first time in his career. He recently earned Best Actor honors at the Critics Choice Awards for his role in this year's hit "Secret Reunion".