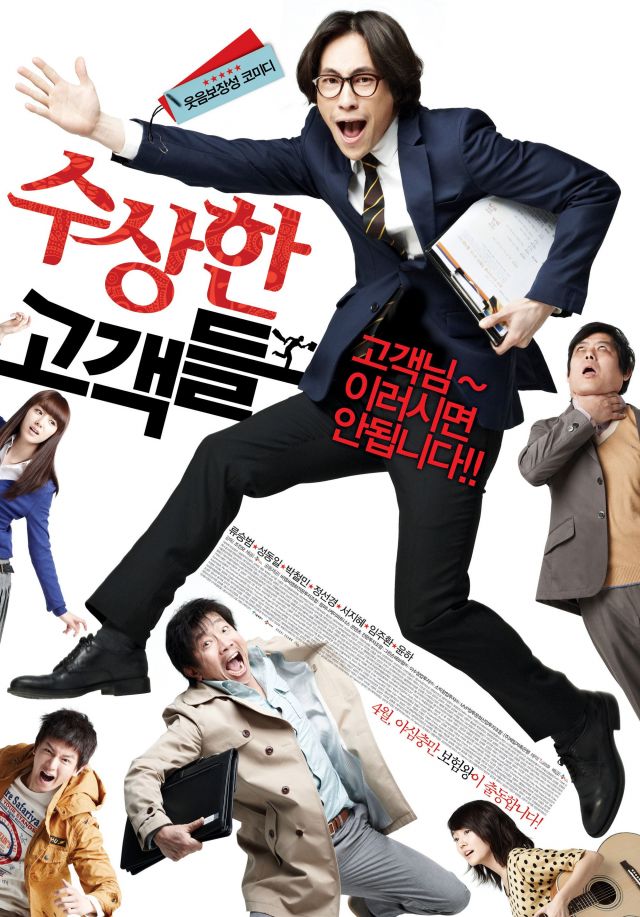 The best insurance king Bae Byeong-woo once dreamt of becoming a baseball king. One day he is suspected in helping out a suicide. He remembers a strange contract he had with some clients a few years ago and goes out to find them.
Depressed solo dad and head of department Oh, child head of the household So-yeon who is bad tempered, pretty beggar Young-tak who says nothing but swear words and widowed mother Bok-soon who has four children. Byeong-woo goes through hell and sweet talks them with some bluff to extend the lives of these people who seem like they will jump into the Han River the minute they are out of sight. Having approached them with impurity, Byeong-woo begins to be influenced by their innocence and family love. Will he succeed in A/S for his strange clients?
This April, we extend your laughter!
_______________________
Previously known as "Suspicious Customers" or "Life is Beautiful" (인생은 아름다워, In-saeng-eun A-leum-da-weo)