Korean movie of the week "The Grand Heist" 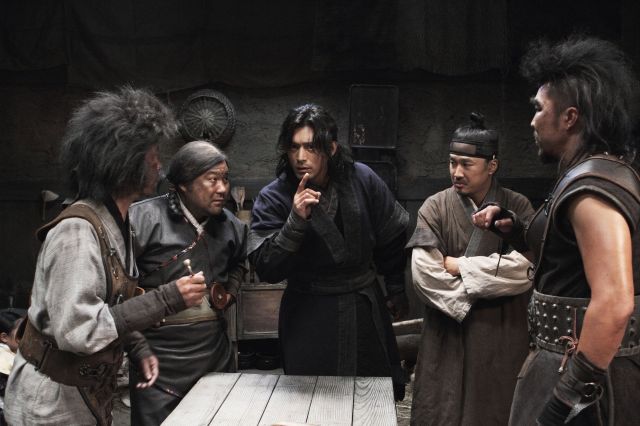 Synopsis
The Chosun version of "Ocean's Eleven" about thieves wiping out an ice storehouse during the plots for authority that took 3 years to produce. Being looked at the greatest hit to come in the year 2012, the cast includes actors and actresses of all ages such as Cha Tae-hyun, Oh Ji-ho, Sung Dong-il. Lee Moon-shik, Ko Chang-seok, Kim Jung-tae, Seo Shin-ae, Cheon Bong-geun and more.
About 250 years ago in Korea, people struggle under the tyranny of the first vice-premier CHO who has taken possession of power and holds a commercial supremacy over 'ice', the most valuable commodity of the time. Unable to stand CHO's tyranny, LEE, an ingenious young man whose father was eliminated by CHO, gathers a group of experts in various fields; tactics, weapons, explosives, underwater diving, camouflage, etc. With their help, Lee executes his plans to rob the entire storage of ice that will be used for the crown prince's birthday party which will initiate CHO's downfall.
Kim Joo-ho previously directed a number of short films that have screened at festivals such as Korea's Busan International Film Festival and Spain's Valladolid International Film Festival, including "Friendship" (2000) and "Inspector Ban" (2001). He also assisted with screen adaptation of the 2009 smash hit "Secret Reunion". "The Grand Heist" is his first feature.