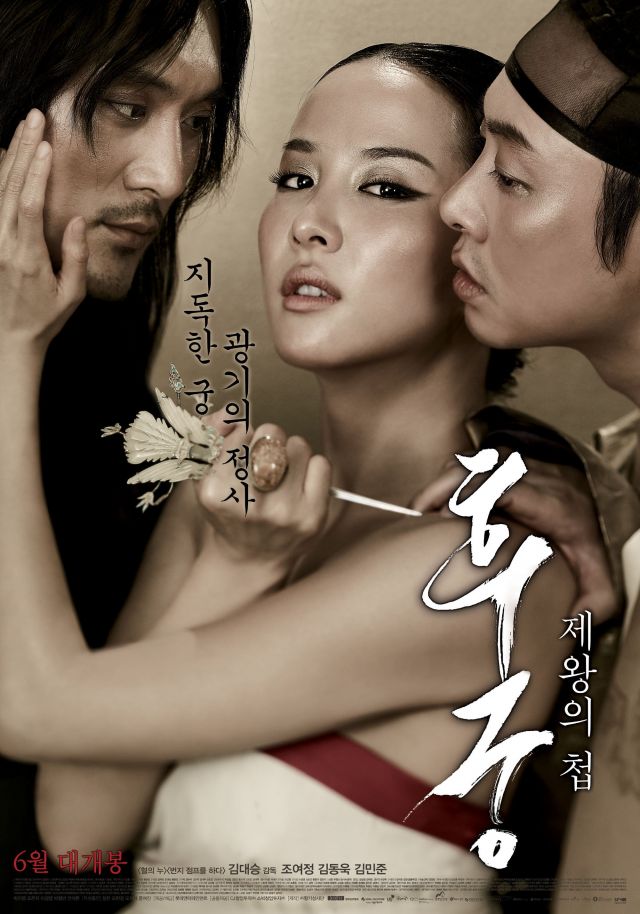 Previously known as "The Emperor's Concubine" on HanCinema
Synopsis
Living a torturous life of povery and barely able to survive, Hwa-yeon (Cho Yeo-jeong) decides to offer herself as one of the king's concubines. Once inside the royal palace, two men are immediately seized by the woman -- the Grand Prince Seong-won (Kim Dong-wook), a megalomaniacal ruler drunk with power and lust, and Kwon-yoo (Kim Min-joon), who has everything to lose if his desire for Hwa-yeon is exposed. As political intrigue begins to infiltrate this love triangle, the palace is revealed as hell-like space of passion and obsession from which any of these characters will be lucky to emerge from still alive.