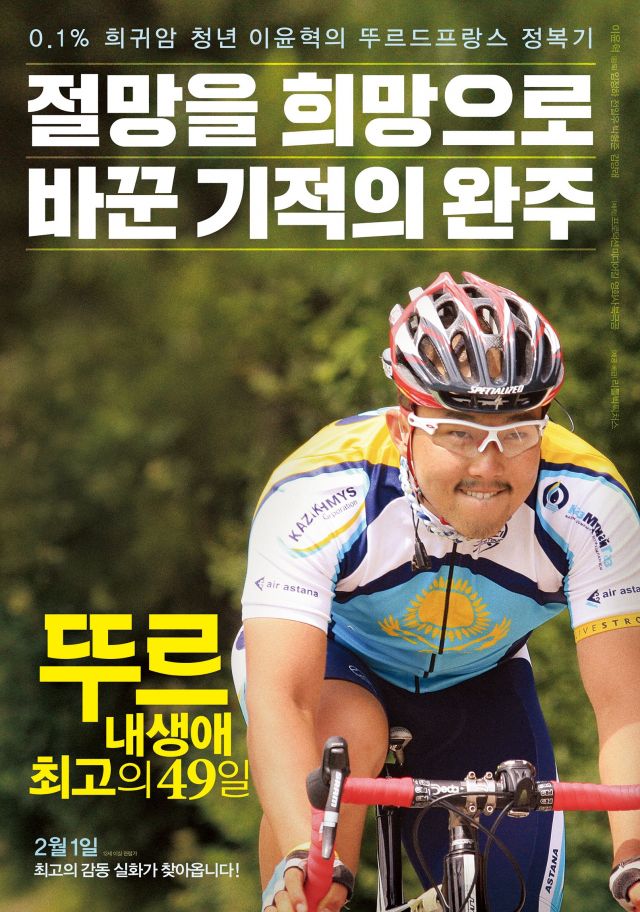 Synopsis
Yun-hyeok is a young man who was diagnosed with rare cancer in the age of 26. To him, the bicycle that has been with him to fight against the illness is the hope of life. After the illness recurs, he stops receiving anticancer therapy and sets off to France with the goal of completing Tour de France, the dream of all cyclists. But as soon as he starts riding, his fellow cyclist gets injured, and right after that, his bicycle breaks in an accident. With unexpected accidents and incidents, the conflict and discord in the interim group of ten cyclists grow more and more until it explodes into a quarrel. The dream of running the entire Tour de France, the dream he visualized onto the ceiling of the hospital room–could Yun-hyeok make the dream come true?