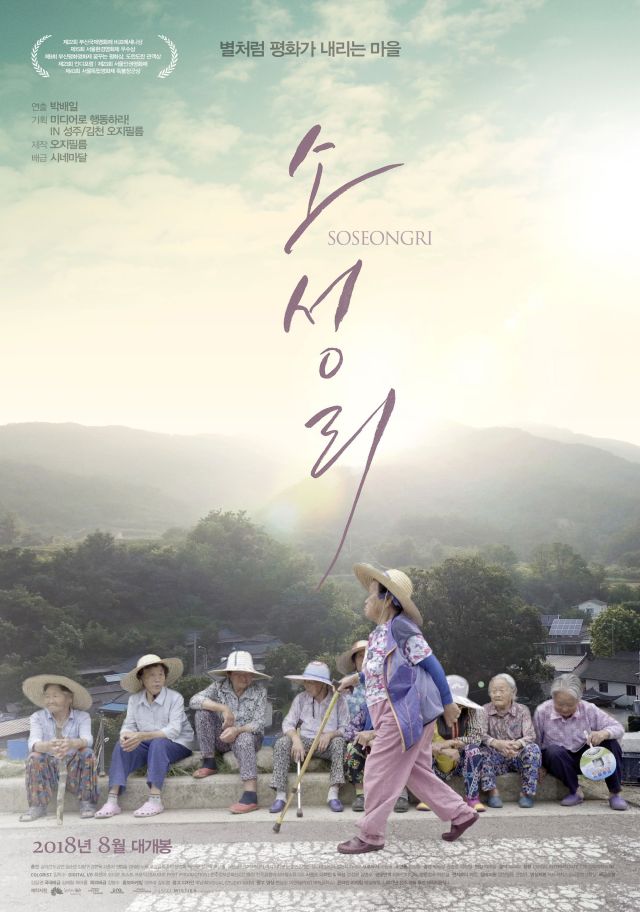 Synopsis
Vibrant stars disappears into the night as the sun rises and Ui-seon with her hunched back depends on her stroller to walk around the yard slowly. Sun-bun plants sesame, pulls out grass in her field, and digs out potatoes all day, sweating. Geum-yeon and Sang-hui have a conversation while eating snacks, sitting under the shade of stubby bushes. Several people eat in a circle, play card games, and take a nap in the village hall. This day in Soseongri goes on just like yesterday did.
Soseongri is made up of the all spectrum of emotions both good and bad from the people who lives here - Geum-yeon who lost her 3 year old baby boy; Sun-bun who has fought against the patriarchy to reclaim her lost name and identity; Ui-seon who find joy in sharing even if herself lives in extreme poverty. The village hall where the North Korean People's Army used to sell bread, the entrance of the village where the Korean armed forces massacred people, and the valley where the dead are buried are all bearing scars of Korea's modern history. The people in Soseongri have embraced the history of fetters and hard-knocked lives, and support each other. On April 26, 2017, THAAD was deployed in Soseongri, accompanied by the military boots of the Korean police and the sneers of American soldiers, destroying the peaceful daily lives of those who live here. THAAD, meant to stop wars, turns Soseongri into a battlefield. The people in Soseongri lie down on the asphalt road again to protect their lives.