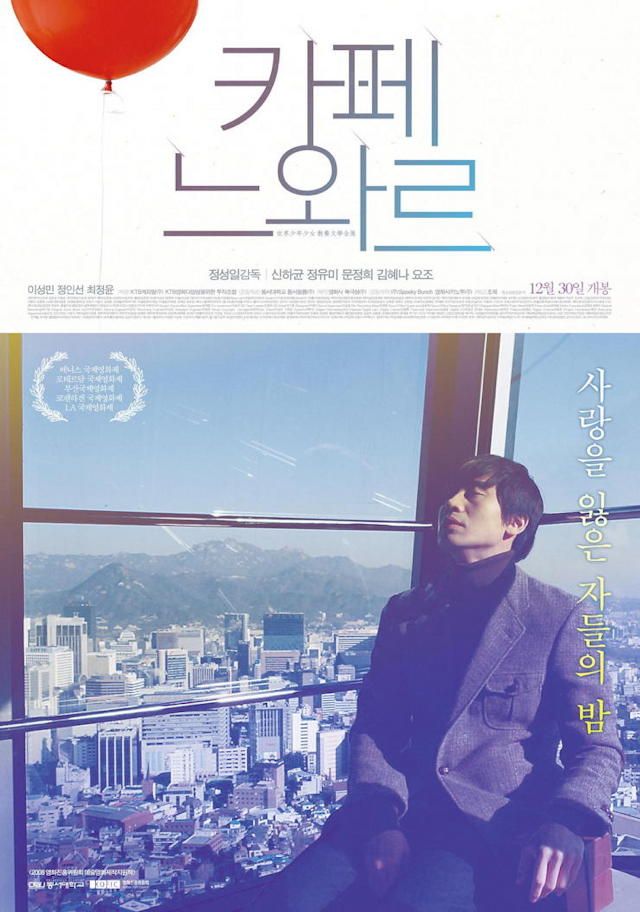 Synopsis
On Christmas Eve in Seoul. Young-soo falls in love with Mee-yeon who is his student's mother. This extramarital love affair cannot continue because her husband is back. One day, Young-soo receives a birthday invitation card from his student – Mee-yeon's daughter. He has determined to kill her husband and save Mee-yeon but it didn't work out. In a full of despair, he jumps into Han River to suicide. After all the troubles, he survives and suddenly a girl shows up. Sun-hwa is waiting for her boy friend who promised to come back in one year. She tediously talks about her love story in a café. Young-soo finds himself being attracted to her for some reason and suggests to pass her letter to him. But he has no intention to do it and Sun-hwa, tired of long waiting, asks him to go somewhere with her. Can Young-soo start a new relationship? Isn't Mee-yeon coming? Why hasn't Sun-hwa's boy friend come back?