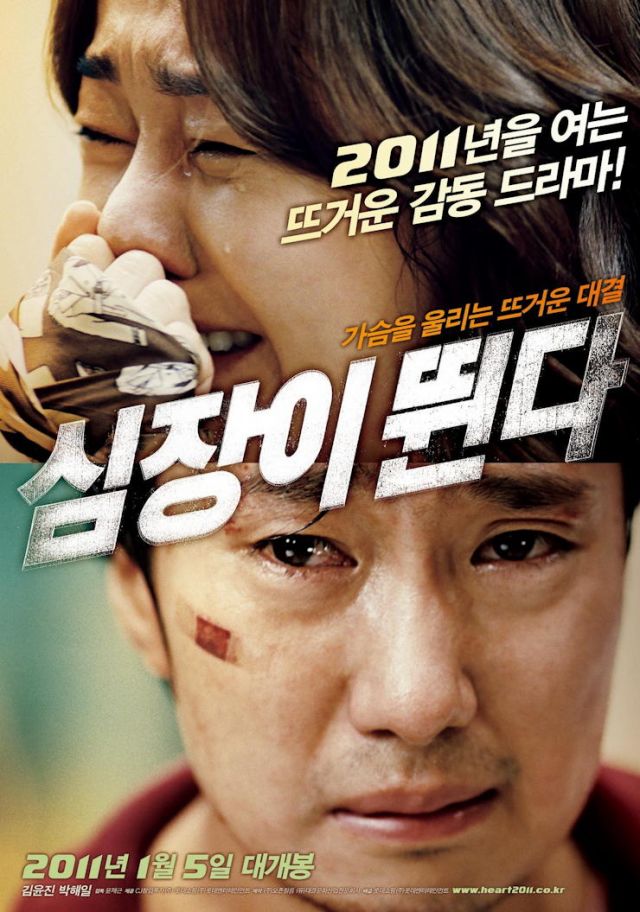 Previously known as "The Confrontation" (대결) and "Heart is Beating" on HanCinema
Synopsis
"If you have one heart but two to save, what you will going to do?"
One middle aged women is acrried into hospital in a coma. Yeon-hee, who has been searching for a heart to transplant to her daughter, who has critical heart disease, is begging middle aged women's gangster son, Whee-do, by giving him a fortune. But when the reasons for Whee-do's mom are revealed one by one, Yeon-hee, who became desperate, is teaming up with dangerous people...

Kim Yunjin of the ABC drama "Lost" returns to Korean film with a heart-throbbing drama that co-stars Park Hae-il ("Moss", "The Host").

Yeon-hee (Kim) has a daughter that needs a heart transplant to live.

At the same time, a woman comes to the hospital and is brain dead after a fall. Yeon-hee takes this as a chance from heaven and offers her son, Hui-do (Park), a large sum of money for his mother's heart.

Hui-do declines the offer and decides to fight for his mother's life, but he soon discovers that his mother's sudden fall was not an accident after all.

As he digs deeper into the case, Yeon-hee plots to arrange a heart transplant for her daughter no matter what.

This is director Yoon Jae-geun's first feature film. He is known as a writer of films like 2007's "My New Partner" and 2008's "Hello Schoolgirl".