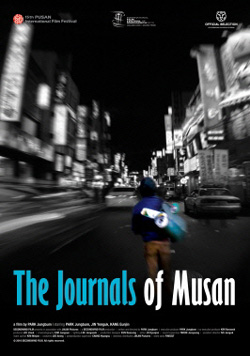 The Korean film "The Journals of Musan" won the Jury Prize at the 13th Deauville Asian Film Festival which wrapped up in France on Sunday, the film's distributor Jinjin Pictures said on Tuesday.

The movie realistically depicts the difficult life of North Korean defectors who escaped to the South for survival but face overwhelming challenges in adjusting to life in their new home.