Korean Movies: "I Saw The Devil" in the Spotlight at Sundance 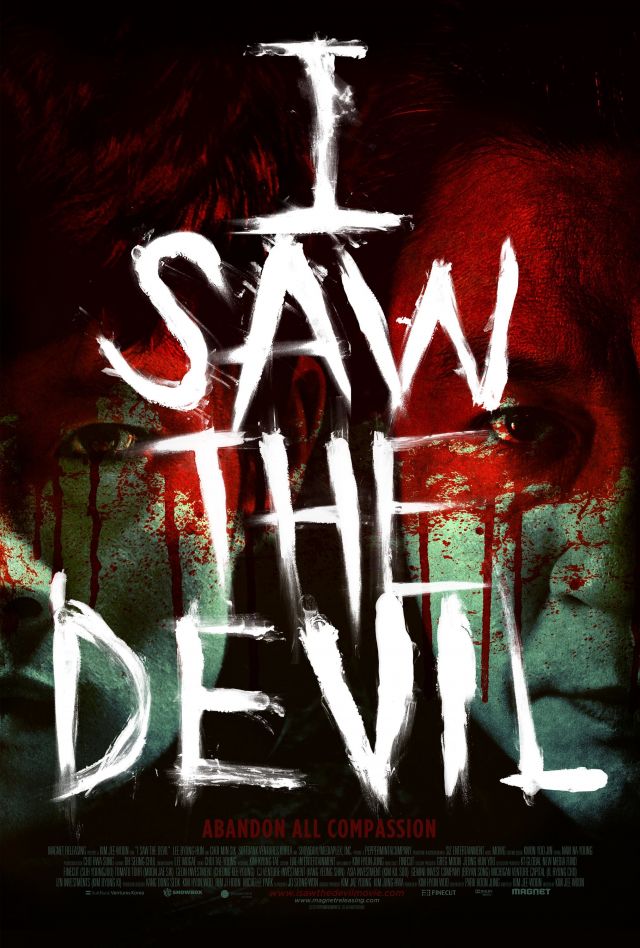 Since AICN debuted the U.S. poster for "I Saw the Devil" a couple of weeks ago at http://www.aintitcool.com/node/48083, excitement had been building for the presentation of the Kim Jee-woon revenge thriller at Sundance 2011 (January 20-30). And audiences were not disappointed.

As IndieWire's SPOUT headlined, "'I Saw the Devil' is a Bloody Good Revenge Movie". Starring Lee Byung-hun and Choi Min-sik, the Korean movie has already been acquired for distribution by Magnet Releasing, the genre arm of Magnolia Pictures, specializing in films from the vanguard of horror, action, comedy and Asian cinema. March 4 release is scheduled here.

Or as ScreenCrave puts it: "Director Kim Jee-woon's latest thriller doesn't hold back and doesn't hesitate to go where you really don't (but secretly do) want it to go".

And a writeup in DreadCentral describes "I Saw the Devil" as both "shockingly violent and stunningly accomplished".

"Korean Movies: "I Saw The Devil" in the Spotlight at Sundance"
by HanCinema is licensed under a Creative Commons Attribution-Share Alike 3.0 Unported License.
Based on a work from this source