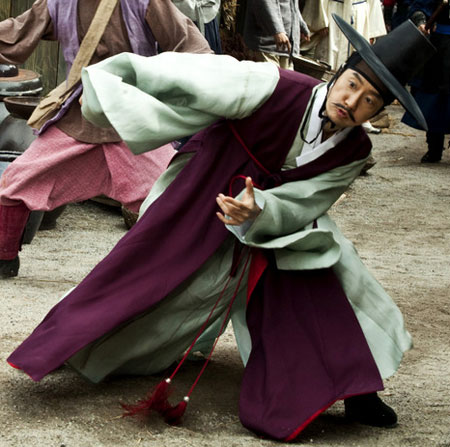 Comedy, thriller and human...it's the fun of choosing!

The start is good. According to the Korean Film Commission Movie Theater Tickets Computer Network, the customer share for Korean movies is 66.8%. That means 2 out of 3 people chose to watch Korean movies. This is thanks to the fact that there are varieties of movies to choose from.

# Return of the general trend, comedy!

Comedy was a leading genre in Korean movies. However, thorough gang movies caused demand for comedies to decrease. But it seems like comedy is on the rising again.

"Detective K" (director Kim Seok-yoon, produced by Teenage Film) and "Battlefield Heroes" (directed by Lee Joon-ik, produced by Tiger Pictures) that were released on the 27th of last month swept New Years cinemas clean. "Detecktive K" drew 3.58 million audiences. This is the best out of movies so far this year. "Battlefield Heroes" is also putting up a good fight with 1.6 million viewers so far. A spokesperson for "Detective K" said, "Even after the holidays we are getting a constantly increasing number of audiences. If this keeps up we will breakthrough 4 million by the end of Febraury".

Besides these, "The Last Godfather" by director and actor Sim Hyung-rae broke through 2.5 million audiences.

Thrillers were the genre that held Chungmuro together after comedies left. This year wasn't an exception.

"The Yellow Sea" (directed by Na Hong-jin) was released at the end of last year and pulled 2.27 million audiences so far. It wasn't a box office hit as expected, but is being evaluated as a masterpiece for its uniqueness by director Na Hong-jin who also made "The Chaser". Someone in the movies analyzed, "There are many family audiences at the end and start of a year. In this case we can say "The Yellow Sea" with a running time of over 2 hours and a half with an age limit of 19 and above, has fought well".

The baton for "The Yellow Sea" was passed on to the movie "Heartbeat" (directed by Yoo Jae-geun) with Kim Yunjin and Park Hae-il as lead actors. "Heartbeat" drew over a million audiences with excellent performances by the actors. Kim Yunjin has therefore succeeded in million sellers three times in a row. She is like very much needed rain at a time of famine in Chungmuro with movies "Seven Days" (2.1 million), "Harmony" (3 million) and "Heartbeat" (1.02 million) in which she drew over 6.12 million audiences.

"Hello Ghost" (director Kim Yeong-tak) broke through 3 million audiences with its long term viewing in cinemas for over a month. With production fees of 2.9 billion won, the breaking point for this movie is 1.6 million audiences. It found its point in 16 days of its release and has profits have doubled since then. Being evaluated as a quiet drama, the five-minute twist at the ending is drawing the audiences.

"GLove" by director Kang Woo-seok has both impression and laughter. Based on the deaf baseball team in the Chungjoo Sungsim School, "GLove" has touched audiences' hearts. It made 1.8 million audiences until the 13th. Someone in the movie business said, "Chungmuro leaned back and forth according to current trends. This year there are many genres to choose from. Chungmuro could exceed in audience market share". 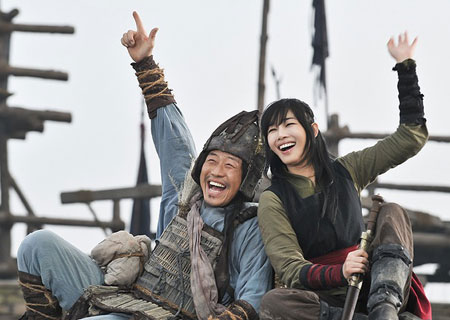 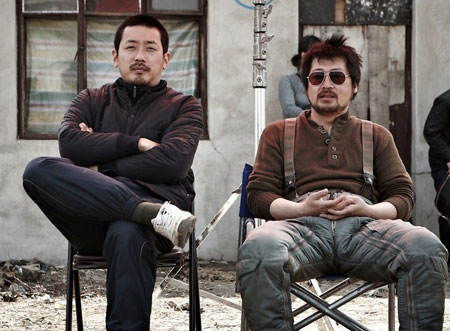 "Korean Movies market share 70%, why?"
by HanCinema is licensed under a Creative Commons Attribution-Share Alike 3.0 Unported License.
Based on a work from this source