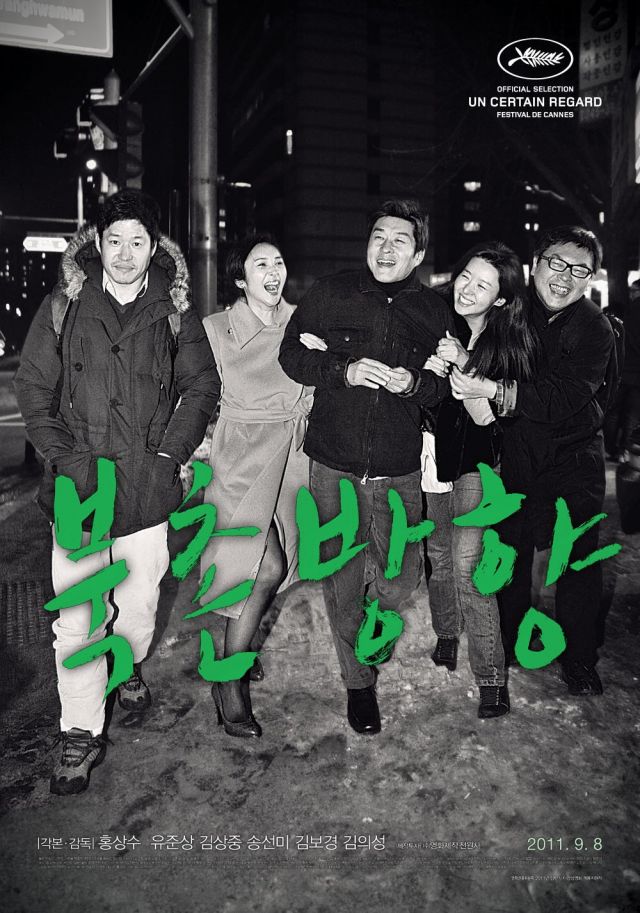 Synopsis
Seongjun heads to Seoul to meet a close friend who lives in the Bukchon area. When the friend doesn't answer his calls, Seongjun wanders around
Bukchon and runs into an actress he used to know. The two talk for a while, but soon part. He makes his way down to Insadong and drinks makgeolli (rice
wine) by himself. Some film students at another table ask him to join them--Seongjun used to be a film director. He soon gets drunk and heads for
his ex-girlfriend's house.


Whether it's the next day or some other day, but Seongjun is still wandering around Bukchon. He runs into the actress again. They talk and soon part. He
eventually meets his friend and they head to a bar called Novel with a female professor his friend knows. The owner of the bar has a striking
resemblance to Seongjun's ex-girlfriend. He plays the piano for her.

Whether it's the next day or some other day, Seongjun goes to the Jeongdok Public Library with his friend and mentions that it was the first place he
chased after a woman. Later, they have drinks with a former actor who had been doing business in Vietnam. The same female professor joins them and the
four go to the bar called Novel. Seongjun gets drunk and ends up kissing the owner of the pub…

Seongjun may have spent a few days in Seoul with his friend, or it may still be his first day there. He may have learned something from the encounter
with his ex-girlfriend, or may have to meet the woman that resembles her again, for the first time. As life presents itself in no more than today's
worth of time, Seongjun also has no other choice than to face his "today".