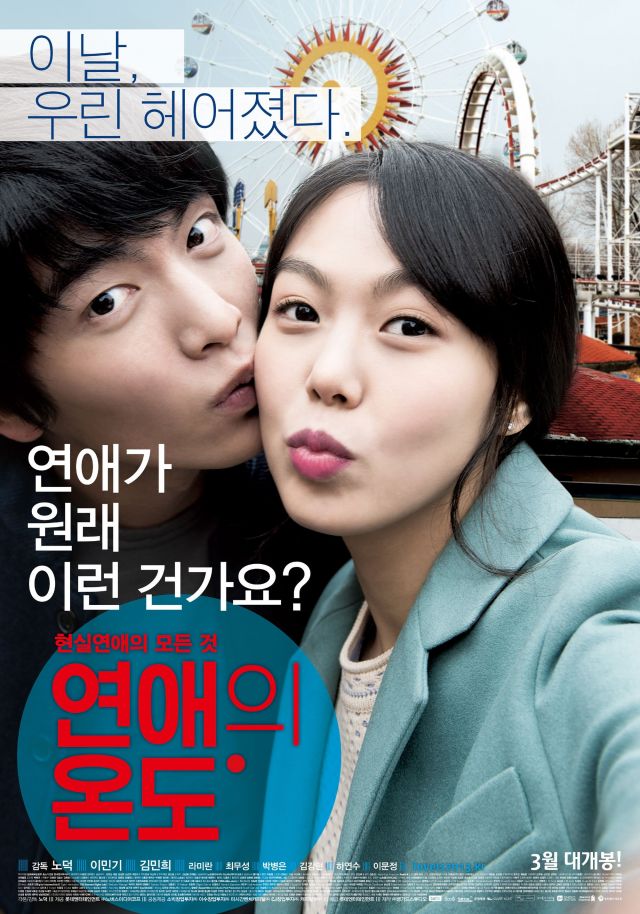 Also known as "Degree of Love" and "The Temperature of Romance"
Synopsis
The probability of a couple that had broken up getting back together and having a successful relationship is just 3%. Dong-hee and Young, who had broken up over a minor tiff, later realize their love for each other and end up getting back together. But will they be able to fit into the 3% bracket? 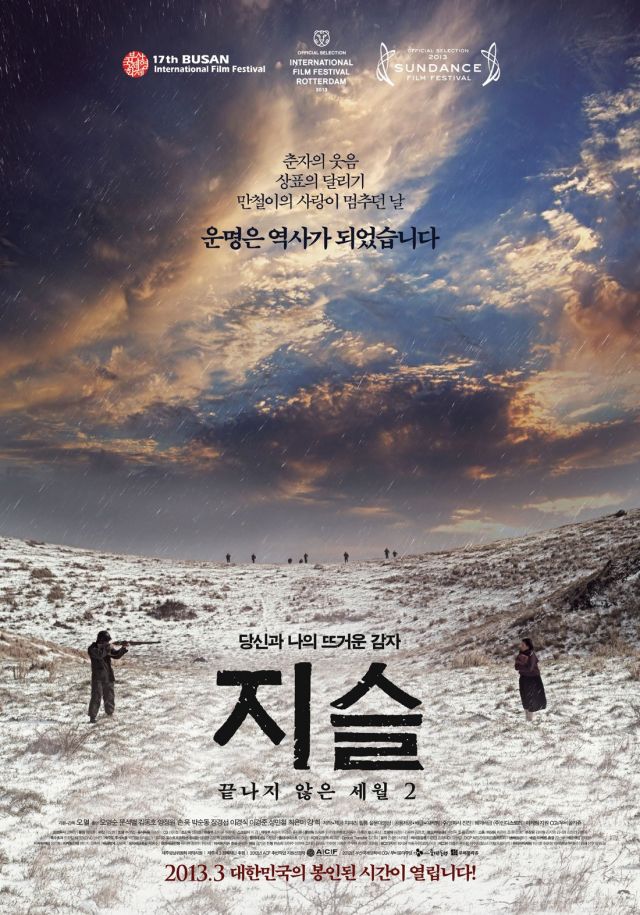 Synopsis
In 1948, as the government issued the communists' eviction to the Jeju Island, the military invaded a calm and peaceful village. Running away from the military, the townsfolk get into the cave. They try to hide to survive but there seems no hope like the dark cave. As time goes by, people are suffering from severe cold and hunger staying in the cave.
One day, it still seems nothing changed. And a man who worries about his pigs at home, is trying to get back home to feed them but the rest strictly stop him. With nothing but frustration, people start fall apart debating if they should move to the higher mountain or just stay in the cave. 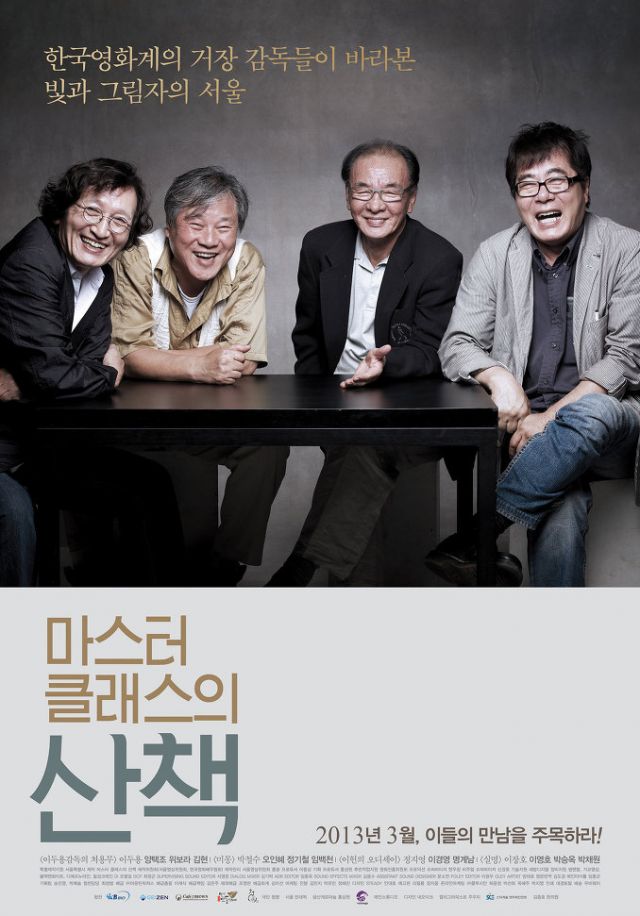 Synopsis
"A Journey with Korean Masters" is an omnibus film compiling four shorts created by directors who once dominated Korean cinema: Park Chul-soo, Lee Doo-yong, Lee Jang-ho, and Chung Ji-young. This modest project is the product of collaboration between professional and amateur actors of all ages and the masters. The aim was to promote the city of Seoul and the harmony of old and new. The project began as a promotional event, but its cinematic quality is equal, if not superior, to any Korean films officially invited to BIFF this year. That is by no means simply being polite. For example, Lee Doo-yong cast actual professional dancers in [Cheoyongmoo A Film by Lee Doo-yong] in order to dramatize 'Cheoyong tale' in a realistic and effective manner. Lee Jang-ho cast Lee Young-ho, his blind younger brother, in [Getting blind], a moving docudrama that completely collapses the boundary between reality and fiction. This special screening is the perfect opportunity to enjoy the unique characteristics of masters experiencing a cinema renaissance in their twilight years. (JEON Chanil) 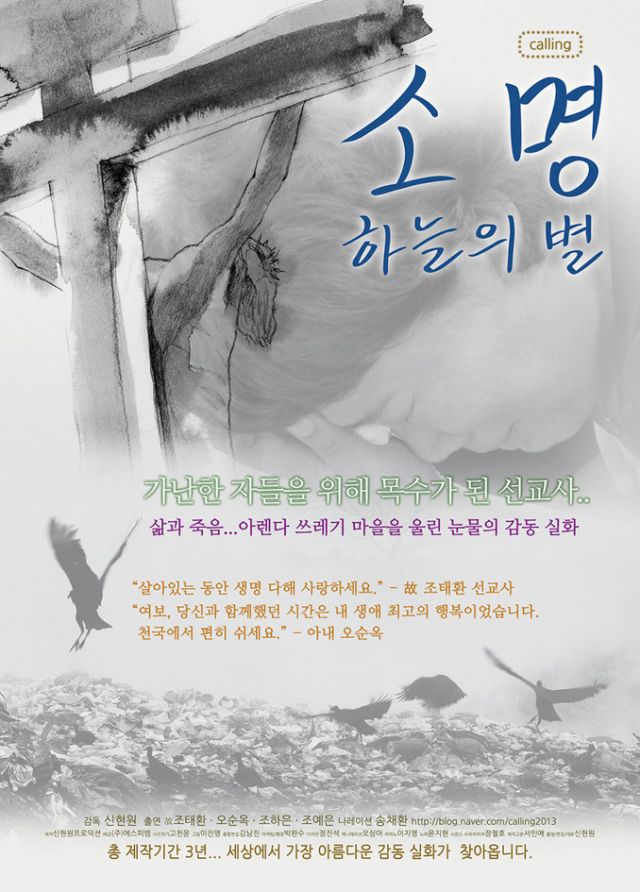 Synopsis
An altar was set up in a church in Seoul in 2010. Jo Tae-hwan, a missionary 44 of age who served his duty in The Philippines is shot dead by an assailant. Those who remember him send him off in tears.
The Arenda Village in The Philippines is a place where all the garbage from Manla end up. In 1999, Jo Tae-hwan took the 50 million won he had made to pay off his college fees and headed to the town of Arenda. The people there were living in homes made of planks and tents. They were living a hard life in bad conditions. However, whenever there is a storm the garbage around the village would sweep into the homes made of planks and tents.
Missionary Jo Tae-hwan became a carpenter and a friend to them, to help them survive.
The place where Jo Tae-hwan was, everyone in Arenda mourns in tears. 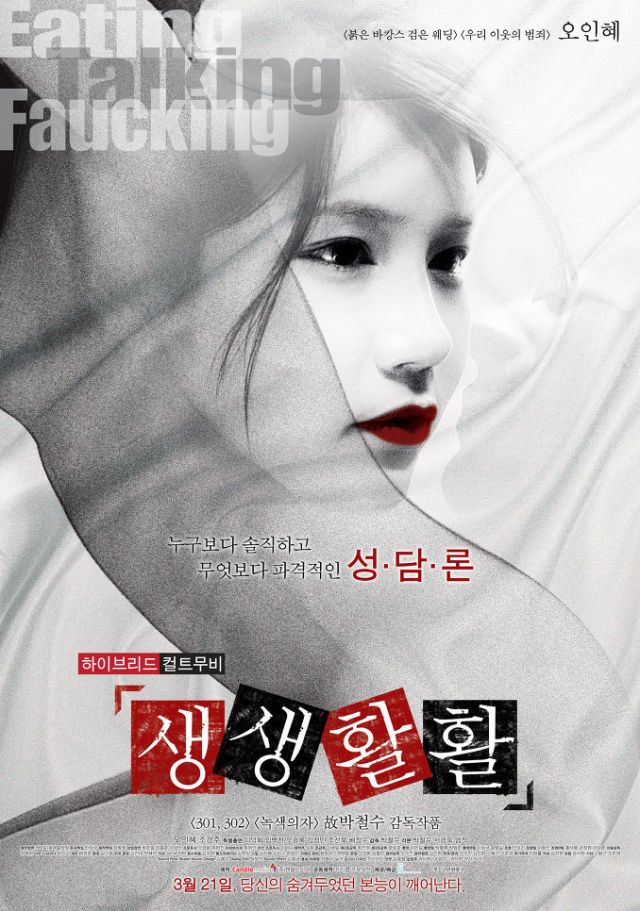