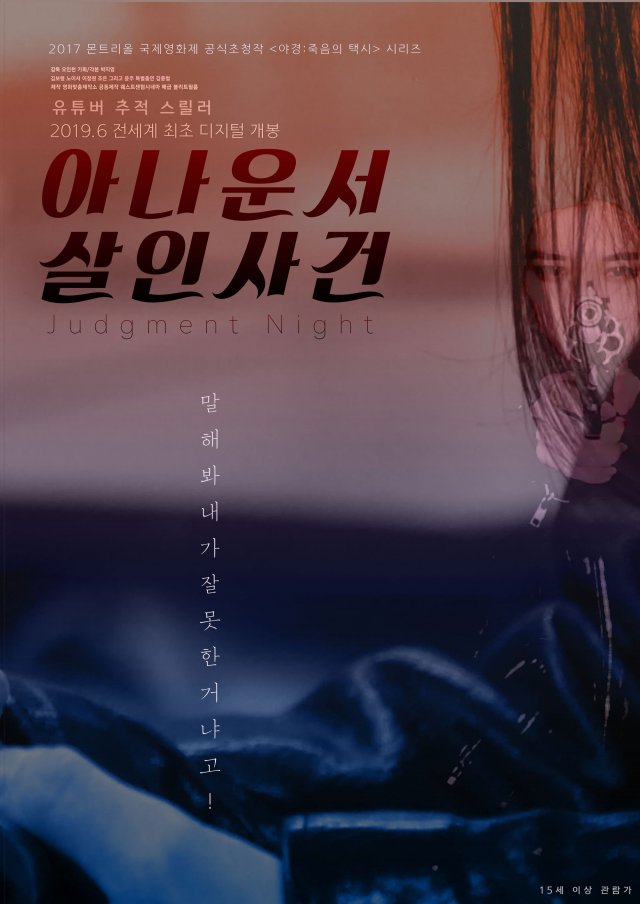 Former sports announcer Ji-hee gets fired from the broadcasting station and starts her own YouTube channel with the dream of getting back on her feet.
One day, a wanted killer calls her to interview him. Ji-hee and her friends see this as the chance of a lifetime. They solve the killer's riddles to get to the promised location, but a sudden attack leaves them unconscious...
When they come to, the killer standing in front of them is a friend from Ji-hee's elementary school, and they begin their twenty questions.
The killer corners Ji-hee with truth and lies...
Will Ji-hee's objective of surprising the world with an exclusive interview work? 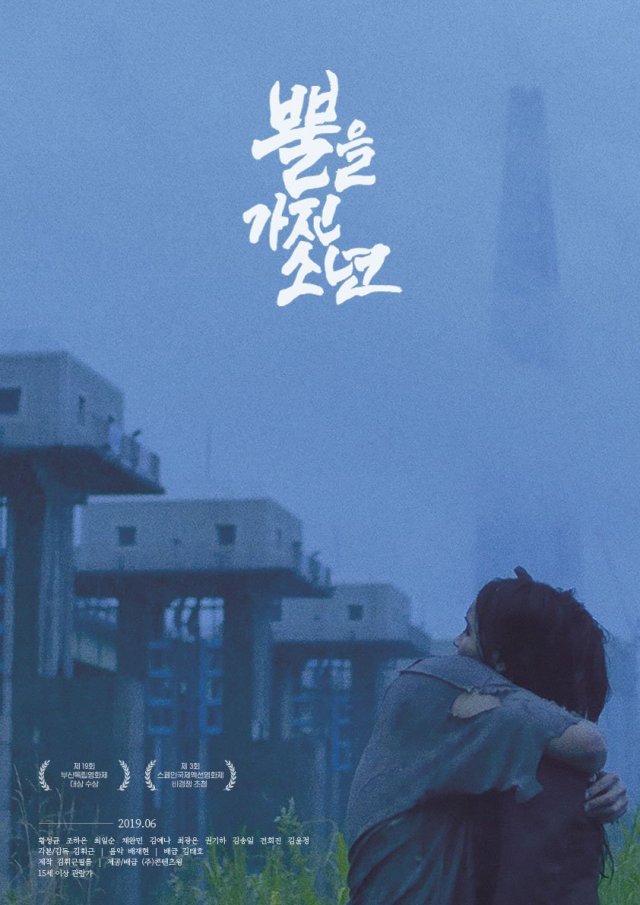 Synopsis
Untreatable with modern medicine! But I have to survive. Joon-bae was working at a health foods company until one day he gets diagnosed with cancer.  Hee-jin, who works at the factory, suddenly has a lung disease. A middle man named Gwang-woong approaches them and tells them about 'human horns', which are considered only a legend. A hunter has to make money for his mentally-ill daughter, and Gwang-woong gives him one last hunting offer. There's no more hope or choice.  To survive, these people will do anything... but they have to eat someone to do so. 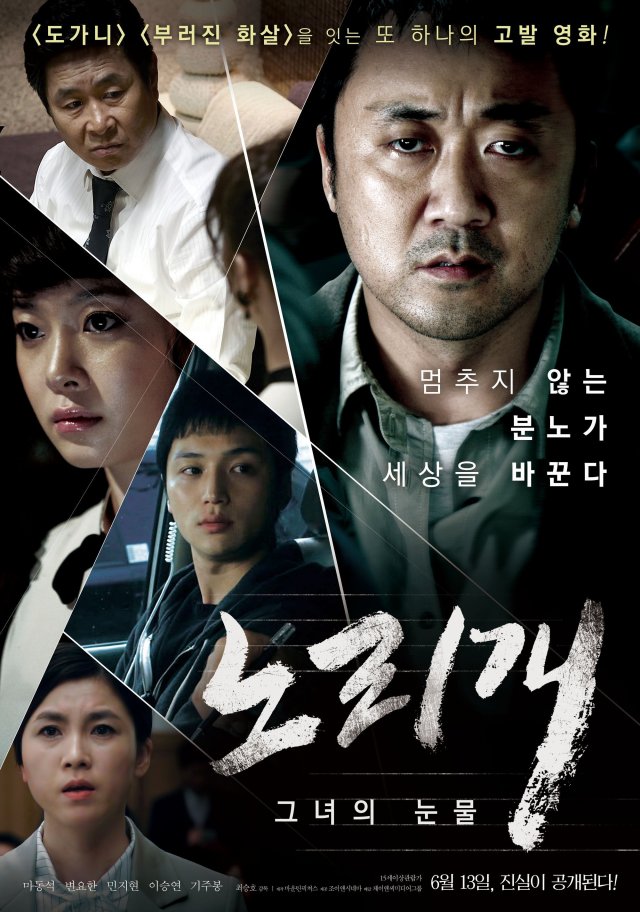 First release: 2013/04/18
Synopsis
"A young actress commits a suicide and the media bashes the sexual favor bribery rampant in the entertainment industry. She had been brutally taken advantage of by a newspaper mogul, a film director and a broadcast producer. As the victim's dead, only the accused are present in court during the trial. Things put the courtroom in bind when no one would dare to testify. Lee  Jang-ho, once a hotshot journalist, is now a washed-up web newscaster. He engages in search of conclusive evidence to prove the guilt of the perpetrators -- the actress' diary. Can he reveal the truth to bring the accused to justice?"