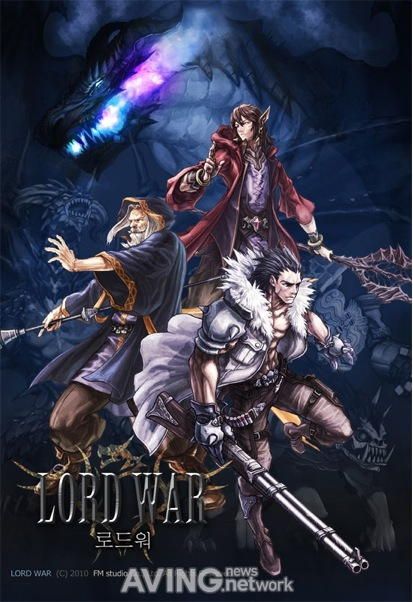 SEOUL, Korea (AVING Special Report on 'GSP 2010′) — Web games are based on competition. But because of the merciless system that dooms the very seed money and foundation from a single mistake, users who enjoyed the game can lose everything at one shot and may leave the game field without any lingering attachment. Competition can make users concentrate on the game and pull them inside deeply, but too much of it may rather spoil the game. The new web game 'Lord War', developed by FMStudio, is also based on the main theme of competition, but amidst the competition lies consideration for the users.Web Game That Fears No Competition
In games based on the theme of war, competition between the users, or PVP, applies as a double-bladed sword that may delight or depress the users. The reason lies in the 'all or nothing' spoils system. Users can gain everything when succeeding an aggression, but failing or being aggressed may take away everything, which lays great burden upon the battle itself. Currently, many web games possess the contradiction of utilizing a system that impedes competition where competition is actually the main factor involved.

Such loss is not great for the result of a lost competition, and rather motivates the loser by stimulating his/her rivalry. Since the loss from defeat is not so great, the attacking user can continuously make assaults without much sense of guilt, which further activates battlefields. 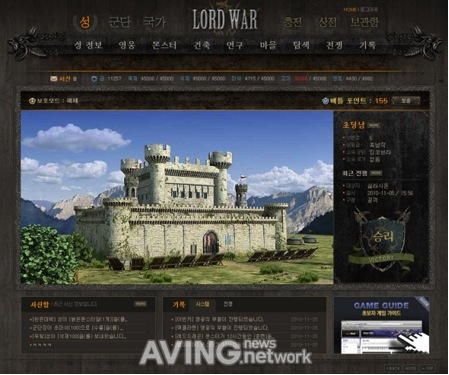 RPG Battle System Utilizing Characters
The battles of Lord War proceed in parties. One party can include up to four heroes or monsters, with up to five parties at a time. Battles between users proceed as Party vs. Party, where five parties battle and the first user to achieve three victories win the battle.

5 to 12 heroes can be hired at a time, and monsters can be captured or won through eggs for use as combat power. Monsters can be merged into stronger monsters, and weaklings can be sold to help one's finance.

Each hero character possesses unique statistics and skills, which induces strategic growth and organization for advantageous battles. Battles come in automatic and manual modes, where manual control is advantageous for more strategic battles.

'Land', the Root of War
The size of a territory is directly linked to the productivity of resources, which is a very crucial factor. In Lord War, users can take away portions of land when winning victories over other users in battles. In particular, it is necessary to claim the lands of other users for fast development, as it takes longer to cultivate more land than to construct buildings. The problem here is that the winner takes away only 2/3 of the loser's lost land. In other words, 1/3 of the lands lost from battles continuously vanish at every war.

If users continue to neglect cultivating to increase their land and steal land through wars, the land size of the entire game would continuously decrease and ultimately lead to co-destruction. In fact, users focused too much on wars during tests that there was a shortage of land. The game is currently adjusting the balances by reflecting the test results on factors including the time consumed for cultivation.

Aiming for the Lord War
Lord War supports Corps Battles besides PvP, where corps faces each other. One corps is comprised of a maximum of five users, which like PvP five users battle for the best of three out of five. The key of corps lies in super magic stones. The stones required for purchasing the strongest monsters can be obtained through hunts or CvC, which lays expectations for active corps playing.

Furthermore, Lord War supports the concept of nation. Although the game does not yet support wars between nations, it plans to operate one based on large community groups. It can be used to induce rank competition by applying ranking system on not only individuals, but also corps and nations. In addition, nations do not imply the existence of forces supported by the game, but rather, the foundation can be erected by anyone with the right conditions.

Lord War's ultimate goal is to build a massive world where each Lord users exchange and battle one another by beginning as the rulers of a territory, building a corps and further founding a nation.