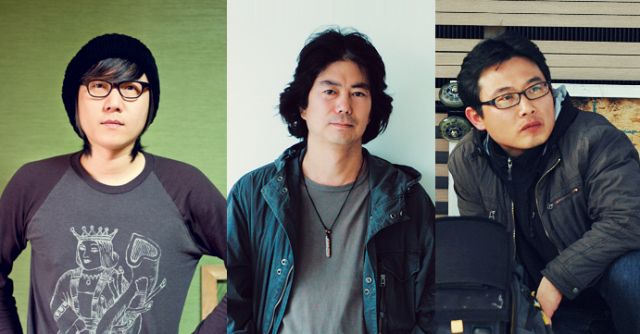 Carrying on a tradition that includes directors such as Bong Joon-ho, Park Chan-wook and Im Sang-soo, this year three Korean projects will be participating in the 10th Hong Kong - Asia Film Financing Forum (HAF). At the project market's 10th edition held March 19 –21, these three will be amongst the selection of 32 films out of 200 submissions from over 45 countries and regions.

The three Korean projects - Jeon Soo-il's "Another Country", KIM Baek-jun's "Monsters" and Lee Hae-joon's "My Dictator", will be at HAF looking for co-producers, financiers, sales agents and pre-sales.

Set in France, Jeon's "Another Country" follows a man who loses his bride on their honeymoon in Paris and ends up in a strange underground community in the southern port city of Marseilles. The award-winning director of films such as "With a Girl of Black Soil" and "I Came from Busan", Jeon is just coming off the shoot of his latest film "El Condor Pasa". He spoke with KIM Seong-hoon about his work here.

Inspired by the recently escalating phenomenon of school violence, Kim's "Monsters"is about the twisted events that arise whena virtually enslaved victim of bullying decides to try to free himself. The director of arthouse titles such as "Farewell - 2011" and "My Dear Diary", Kim talked to JUNG Han-seok about his previous work and his vision for his newest project here.

A 1970s period piece, Lee's "My Dictator" is about an unsuccessful actor who ends up playing a KIM Il-sung double ahead of an historic North-South Korea summit between the countries' two dictators. After highly acclaimed films "Castaway on the Moon" and "Like A Virgin", Lee is thinking of changing his tone with this newest project. He tells KANG Byeong-jin all about it in the interview here.