Korean Remake of 'Entourage' Set to Air Across Asia 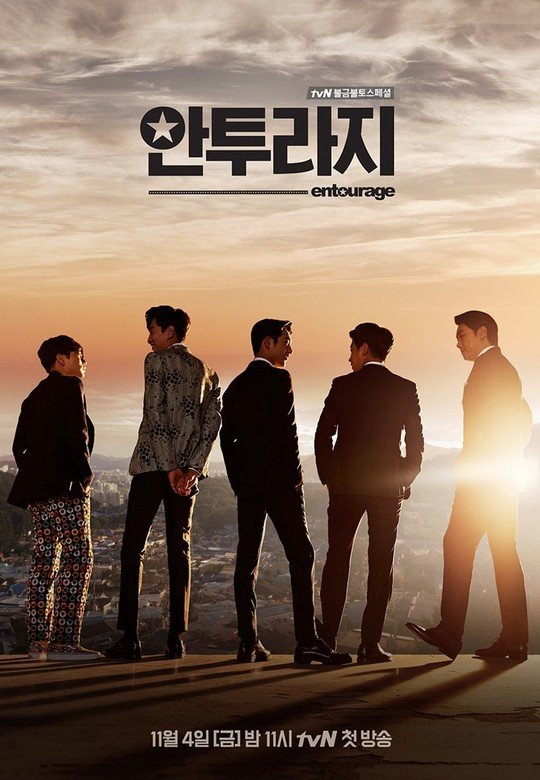 A new TV series titled "Entourage" is scheduled to air starting Nov. 4 on cable channel tvN here and in other Asian countries including China and Japan simultaneously.

The drama, a remake of the hit U.S. HBO series of the same name, has drawn much attention with its star-studded cast including Cho Jin-woong, Seo Kang-joon and Lee Kwang-soo.

The drama tells the story of a rising star and his entourage navigating the world of entertainment. Seo plays the role of the superstar actor.

The drama will also be aired in China, Japan, Cambodia, Hong Kong, Indonesia, Malaysia, Singapore, Taiwan, Thailand and the Philippines.

"Korean Remake of 'Entourage' Set to Air Across Asia"
by HanCinema is licensed under a Creative Commons Attribution-Share Alike 3.0 Unported License.
Based on a work from this source