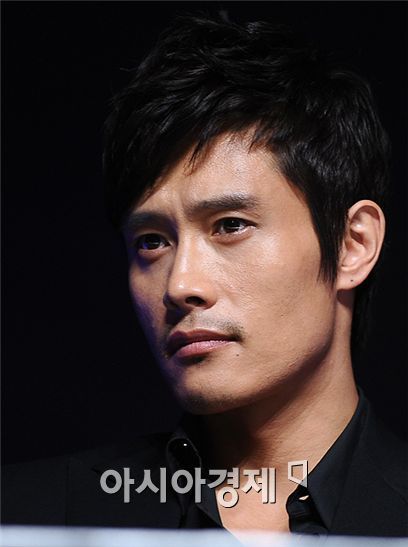 Korean actor Lee Byung-hun has been cleared of illegal gambling charges filed against him last year by his former girlfriend.

The Seoul Central Prosecutors' Office ruled Friday that "there is no evidence" Lee had been involved in habitual gambling overseas, an allegation made early December by the Korean-Canadian woman identified only by her last name Kwon.

A legal dispute between the two fired up when Kwon lodged a complaint to court saying she was allured into having a sexual relationship with the actor on his false promises of marriage and demanded she be compensated for physical and psychological damage she suffered.

She also accused the actor of gambling while on shoots overseas and distributed a photograph of the two of when they were a couple to backup her claims.

Prosecutors also acknowledged that Kwon had tried to defame Lee's reputation, as the actor's legal representatives had claimed through a countersuit, but ordered a stay of prosecution with Kwon having departed for Canada.

Meanwhile, baseball player-turned-TV personality Kang Byung-kyu, who too was sued by Lee, was indicted without detention for defamation and attempted blackmail.

Kang had already been indicted for his alleged involvement in an assault case on the set of TV series "IRIS" which he visited in mid-December over talk that Jeong Tae-won, chief of Taewon Entertainment and producer of the hit show, had spread false rumor that he was behind the feud between Lee and Kwon.

Lee, 39, has appeared in numerous Korean dramas and films, including TV series "All In" and director Park Chan-wook's 2000 film "JSA - Joint Security Area".

He also debuted in Hollywood last year with a supporting role in "G.I. Joe: The Rise of Cobra" alongside Channing Tatum and Sienna Miller and starred in action thriller "I Come with the Rain" with Josh Hartnett and Takuya Kimura which also showed in theaters in 2009.

"Korean star Lee Byung-hun cleared of gambling charges"
by HanCinema is licensed under a Creative Commons Attribution-Share Alike 3.0 Unported License.
Based on a work from this source