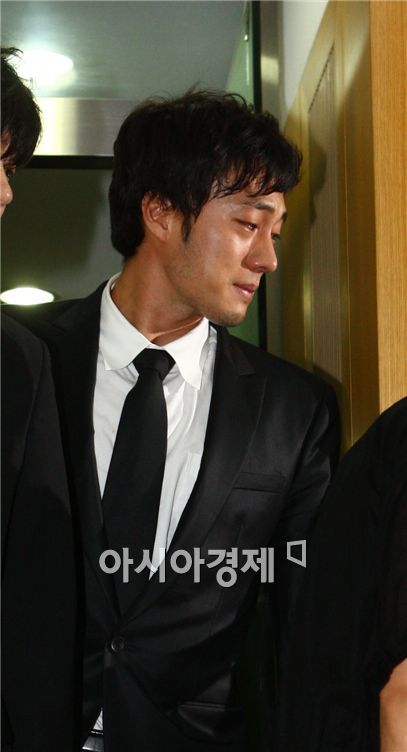 The coffin rites for actor Park Yong-ha, who took his own life Wednesday morning, was attended by numerous Korean celebrities including actors So Ji-sub, Kim Hyun-joo, Jung Tae-woo and singers Park Hyo-shin and Kim Won-jun.

The coffin rites, held from 2 p.m. for around 40 minutes, was conducted in a Buddhist ceremony. Many of Park's close actor friends showed up at the coffin rites to take part in the ritual.

So Ji-sub, a close friend of Park, has been staying at Park's wake service since yesterday morning and appeared particularly gaunt with puffy eyes.

Park's parents, both in wheelchairs, came to mourn the death of their son. Park's father, a famed music producer during the 1970s and 1980s, is currently suffering from late-stage stomach cancer.

The actor's family members allowed the Japanese fans to pay their condolences until 1 p.m.

The coffin will be born out of Seoul's St. Mary's Hospital tomorrow morning at 7 a.m. with the funeral set to take place three hours later. His body will be cremated in Sungnam.

His remains will be buried at the Bundang Memorial Park in Gyeonggi Province. 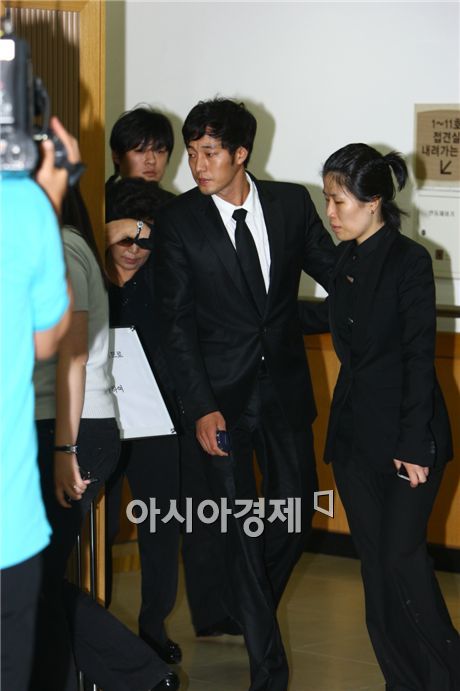 Korean actor So Ji-sub attends the coffin rites for Park Yong-ha at St. Mary's Hospital in Seoul, Korea on July 1, 2010.

"Korean stars attend Park Yong-ha's coffin rites"
by HanCinema is licensed under a Creative Commons Attribution-Share Alike 3.0 Unported License.
Based on a work from this source