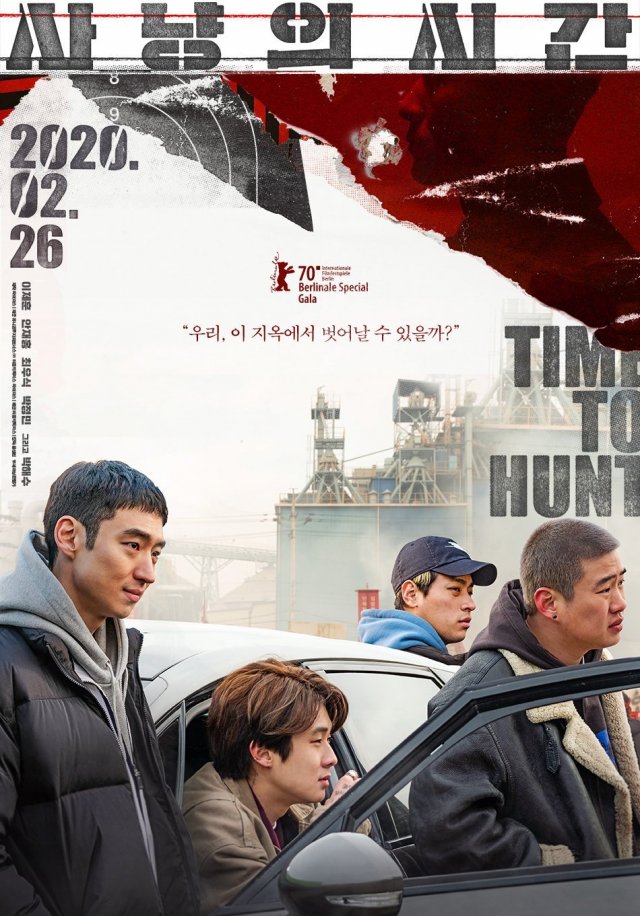 The film will have a special gala screening at the festival, which runs from Feb. 20 to March 1.

The Berlinale, one of the most prestigious film festivals along with those in Cannes and Venice, would make an ideal place for the premiere of the Korean thriller, since the venue is equipped with Dolby Atmos immersive audio technology for added suspense.

"Time to Hunt" revolves around four friends who come up with a criminal plan to turn their lives around, and a mysterious man who chases them.

The film, also starring Choi Wooshik -- the star of Oscar-winning "Parasite", Park Jung-min and Ahn Jae-hong is set for release here on Feb. 26.

Meanwhile, director Hong Sang-soo will also attend the festival as his latest film, "The Woman Who Ran", starring his muse Kim Min-hee, was selected as one of 18 films to compete for this year's awards.

"Korean Thriller Set for World Premiere in Berlin"
by HanCinema is licensed under a Creative Commons Attribution-Share Alike 3.0 Unported License.
Based on a work from this source