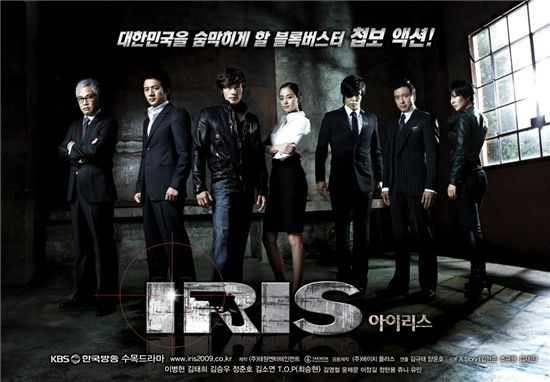 Korean TV series "IRIS" will be receiving a special honor at a drama awards festival in Japan this month.

The show's producer Taewon Entertainment announced in a press release that "IRIS", which recorded viewership ratings of 10.1 percent for its premiere episode in Japan, will be honored with the foreign project award at the Tokyo Drama Awards 2010 to be held at the Meiji Memorial Hall on October 25.

Taewon also explained that Korean actor Lee Byung-hun, who played the male lead on the show, will be named as "Best Actor in Asia" at the ceremony.

"Lee's acting skills are incredible and "IRIS" has been distributed to numerous countries worldwide. Not only did the show post high ratings but Lee has received favorable reviews as well", an official from the event was quoted as saying.

"IRIS", which aired in Korea from October 2009 to December 2009, starred several of the biggest names in the entertainment industry including Lee Byung-hun, Kim Tae-hee, Jung Joon-ho, Kim So-yeon and Big Bang member T.O.P.

The CEO of Taewon Entertainment and Lee Byung-hun will be in Japan to attend the Tokyo Drama Awards at the end of this month.

"Korean TV series "IRIS" to win honor at Japan drama fest"
by HanCinema is licensed under a Creative Commons Attribution-Share Alike 3.0 Unported License.
Based on a work from this source