Korean version of 'American Idol' will be made into a film 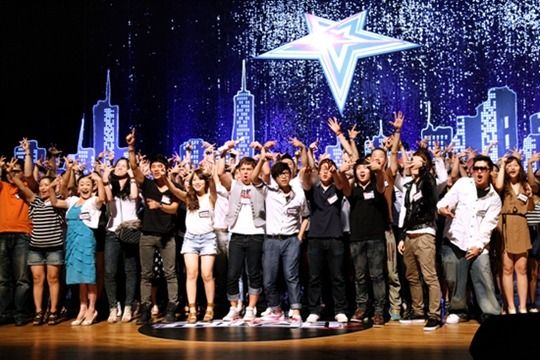 'Superstar K', which is rewriting a history of cable program, will be made into a film. On September 20th, an official from the movie industry said that CJ Entertainment, Korea's biggest Film Investing Company, is planning and developing an auditionfor a film based on 'Superstar K'.

'Superstar K' is a public audition program that is targeting all Korean citizens. It recently reached 14% viewer rating and this made 'Superstar K' the best cable program in Korea TV history.

CJ Entertainment was originally designing a movie about auditioning but changed it to the film based on 'Superstar K' since this program became a hit product. Every episode of 'Superstar K' contains behind story of contestants so officials decided that it was a good idea to turn this into a film.

Mnet, the provider of 'Superstar K' is subsidiary company of CJ Entertainment, and therefore, there is no trouble during the movie making process. Cheon Seong-il, who wrote 'Speedy Scandal, will co-produce this new film as well as 'The Fugitive Plan B' and 'All Quiet on the Western Front'.

Hollywood loves a story in which characters with many stories become successful after many auditions so people are wondering whether stories of John Park, Huh Gak, Kim Gue-rim and more, who became a star from 'Superstar K', will be in the film or not.

"Korean version of 'American Idol' will be made into a film"
by HanCinema is licensed under a Creative Commons Attribution-Share Alike 3.0 Unported License.
Based on a work from this source