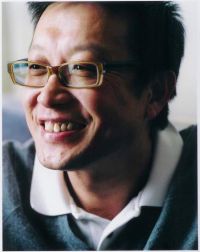 Born in Hong Kong in 1960, LAU has worked as a producer, a cinematographer, and Hong Kong's most renowned director, earning him the nickname "the box office hit maker" In 1995, he teamed up with Jing Wong and Wong Man-chun to create BOB and Partner Limited, producing the series Young & Dangerous, which topped the Hong Kong box office for consecutive years. Through < The Storm Riders > and < A Man Called Hero >, he rewrote the record books for action movies and created a sensation across Asia. His dramatic style and memorable soundtracks have been instrumental in raising Hong Kong action films to a new level. The success of his Infernal Affairs trilogy has brought him fame akin to that of John Woo, making LAU most sought after in Hollywood and Hong Kong. Despite his many offers, however, LAU spurned them all for a chance to direct < Daisy >.