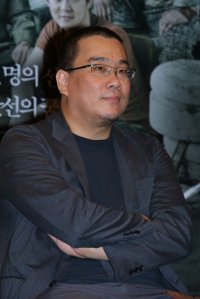 After graduating from Yonsei University with a social science degree, BONG directed a 16 mm film "White Man" in 1995, and won an award at the Shin-young Youth Movie Festival. Then he directed "Incoherence" as a graduate project in the Korean Academy of Film Arts. A black comedy that criticized society with his unique sense of humor, the film was invited to international film festivals, giving BONG recognition and a rise to fame. Ending his career role as assistant director with (1997, directed by PARK Ki-yong), he directed his own feature (2000), making a big impression on the Korean film industry. His second feature (2003) based on the true story of a serial killing, attracted more than 5 million domestic viewers. He was recognized as one of the year's best directors, achieving both commercial success and artistic quality.