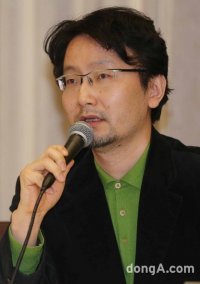 Jeong Yoon-cheol was born in 1971. He graduated from School of Film and Theater at Hanyang University. After his successful directorial debut with short film < Memorial Picture >, he was selected as a member of MAMPIST and studied film editing at The Austrailian Film Television and Radio School. His short film < Hibernation > was invited to Clermont-Ferrand Film Festival in 1999 and won Best Director Award at Shinyoung Film Festival. < Marathon > is his first feature film.