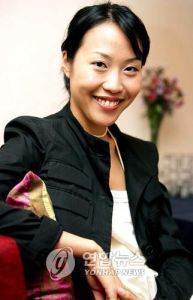 Born in Seoul, Korea, in 1973, Gina KIM moved to the US after completing her BFA degree in Seoul National University, School of Fine Arts. Using video diary format, she explored her identity while studying at Cal Arts where she received her MFA in Film/Video. Her works have been widely screened, at Berlin International film festival, Vancouver International film festival, Yamagata International Documentary Film Festival, short film festival Oberhausen among many others. She directed first feature film < Invisible light > about two Korean women struggling with their identities. < Never Forever > is her second feature film.