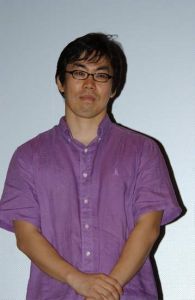 Born in 1968. Han Seung-ryong, the director graduated from Dongguk Universitys Graduate School of Digital Image and Contents and the School of Film, TV and Multimedia of the Korean National University of Arts after finishing a BA in English Linguistics at Hanguk University of Foreign Studies. He has served in the School of Media Arts in Jeonju University since 2002. He was a co-editor of < Bongja >(2002), < Resurrection of the Little Match Girl >(2002), < Untold Scandal>(2003), etc. He also directed a short film titled  Last Statement (2000).